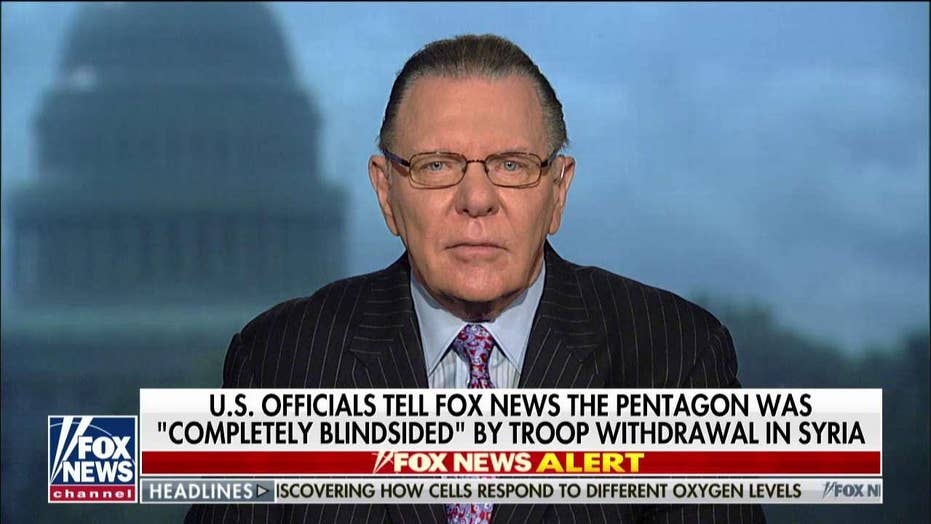 Trump's Syria withdrawal is a 'betrayal' and would be a 'strategic blunder,' says Gen. Jack Keane

As President Trump prepares to draw down U.S. troops from Northeastern Syria&nbsp;to extricate America from what he called

As President Trump prepares to draw down U.S. troops from northeastern Syria to extricate America from what he called "endless wars," Gen. Jack Keane said the move is a "betrayal" of the Kurdish people, and strongly advised against it, on "America's Newsroom" Monday.

"There's one word that describes this for me, betrayal," he said. "I think it's a strategic blunder that will have significant implications... We went into eastern Syria to defeat ISIS. The Syrian democratic forces, which the Kurds were a part of, had 60,000 ground troops. We provided 2,000 to help them. It took us two years. We fought every single day to defeat ISIS. The Syrian Kurds, who we're talking about here, lost over 11,000 in that fight.

"And now we're trying to keep our foot on their throat so they don't reemerge again in eastern Syria and they're already showing some activity," he continued. "How can we possibly walk away from them?"

Keane said the United States was engaged in a successful partnership with the Kurdish people, but political considerations caused the process to speed up. 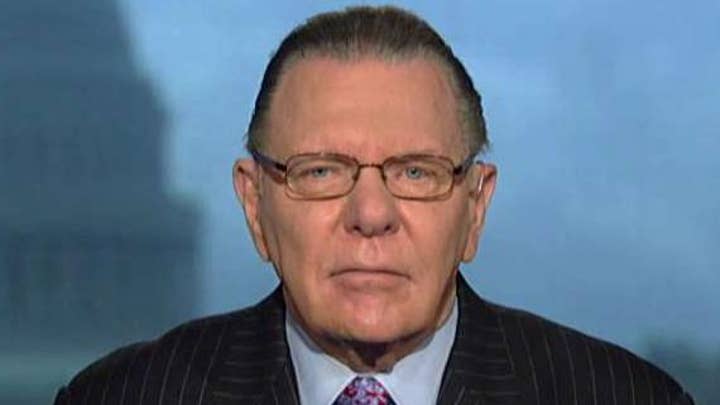 "There were serious negotiations going on in terms of how to establish this safe zone. The Turks wanted 30 kilometers," he said.

"The Kurds wanted five. We were doing joint patrols together. The Kurds were removing fortifications. This process was not going as fast as [President Recep Tayyip] Erdogan wanted.

"I believe he's thrown his weight around here... with the White House and the administration to make this process go faster," Keane continued. "And obviously he's going to make it go very quick now given what he is doing."

Keane claimed he sympathized with Trump's desire to remove America from "endless wars" but said it's more important to remain vigilant in managing the peace process, rather than walk away and risk complete collapse. 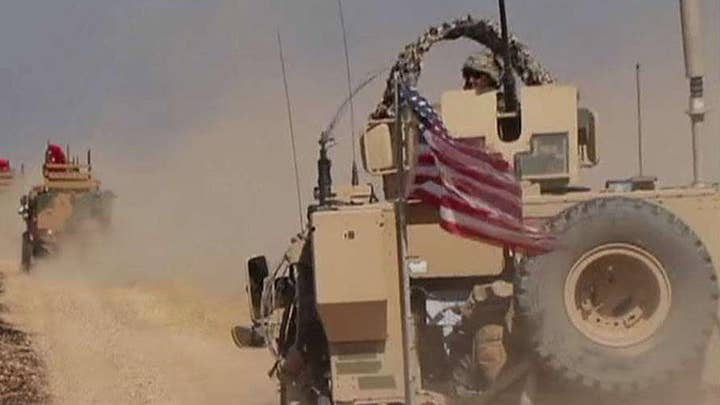 "I understand about endless wars, but this is not about a war," he said. "This is about, how do you manage the peace? How do you manage post-conflict? That's what this issue is. We have two national interests there.

"One -- do not permit ISIS to reemerge... and two, do not permit Iran to take over all of Syria and therefore be able to encroach on Israel," Keane added. "Wars have endings, clearly. But it's the peace you have to put as much effort into winning as well. Look what happened when we pulled out of Iraq. We won the war there. Bush handed a victory to President Obama. Obama walked away because he was fed up with it... We lost that peace and we found ourselves embroiled in a much larger conflict after that. That was tragic."