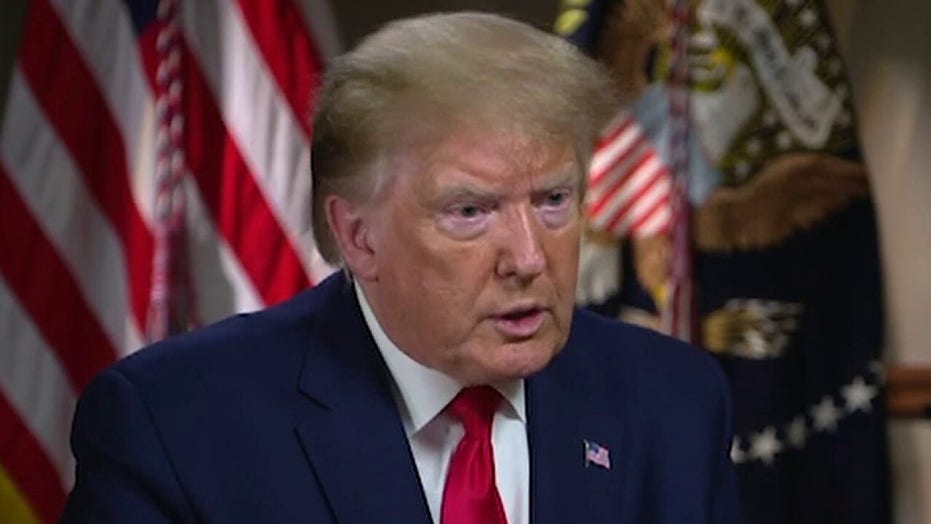 Trump says Biden is 'not all there' and 'everybody knows it'

President Donald Trump responds to comments made by Joe Biden that Trump will 'steal the election' during an exclusive interview with Harris Faulkner.

President Trump on Friday pushed back against presumptive Democratic presidential nominee Joe Biden for claiming the commander in chief would try to steal the election.

“Look, Joe's not all there. Everybody knows. And it's sad when you look at it and you see it, you see it for yourself. He's created his own sanctuary city in the basement or wherever he is and he doesn't come out,” Trump told Harris Faulkner on “Outnumbered Overtime.”

The commander in chief went on to say, “And certainly if I don't win, I don't win.”

Trump reacted to former Vice President Biden telling Comedy Central's "The Daily Show" Wednesday night that "my single greatest concern [is that] this president is going to try to steal this election. This is a guy who said that all mail-in ballots are fraudulent ... while he sits behind the desk in the Oval Office and writes his mail-in ballot to vote in a primary." 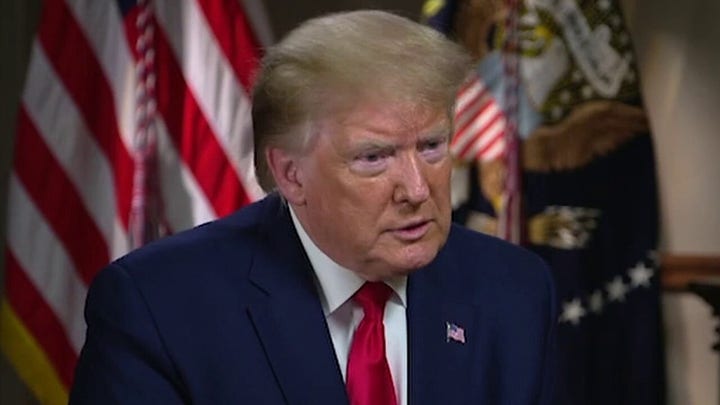 If Trump refuses to concede, Biden told host Trevor Noah, “I am absolutely convinced they [the military] will escort him from the White House with great dispatch.”

Trump said that losing the election would be a “very sad thing for our country” because Democrats' policies entail "getting rid of police departments" or "doing nothing" to address the rioting.

Furthermore, Trump said that Americans are "getting a glimpse of liberal policies" in the wake of the protests against George Floyd’s police-involved death.

“It was all very liberal mayors, radical left mayors, all of these places,” Trump said.

“It was not that they were not in Republican cities. They were all in cities that frankly, I think I have a chance to win many of those cities. But these were all cities run by radical lefts Democrats. And I think it's a very sad thing that would happen."