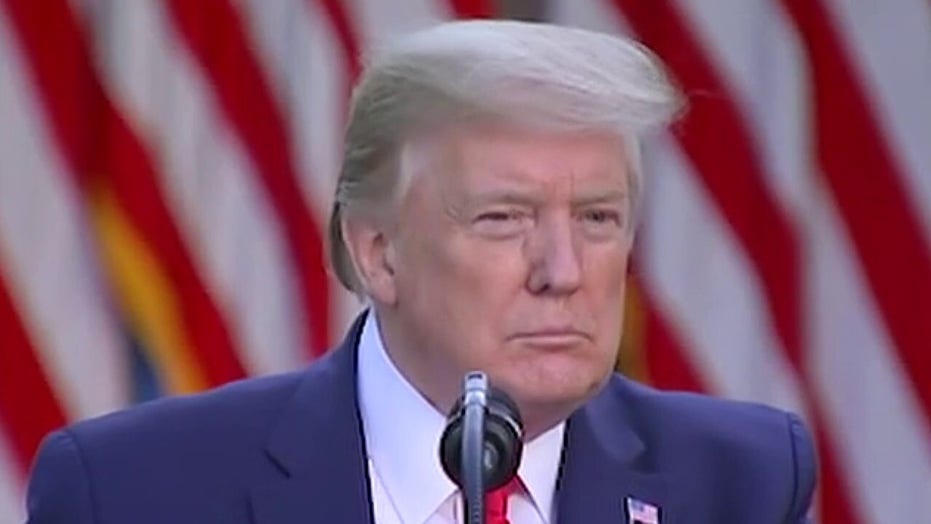 Trump vs. the press: Reporter asks president if he 'deserves' re-election

President Trump credited Politico Wednesday for admitting it botched a story that inaccurately claimed he owed millions to the Bank of China, saying other publications “never correct” erroneous reporting.

Earlier in the week, Politico published a lengthy editor’s note to correct a story published last week that initially claimed Trump owes millions to the institution.

“The article cited a nearly $1 billion refinancing deal from several banks, including the Bank of China, struck in 2012 with a New York City real estate venture in which the Trump Organization has a substantial minority interest. We reported that President Trump, through the Trump Organization, owes the Chinese state-owned bank tens of millions of dollars on a loan that comes due in 2022,” Politico wrote. “This assertion, which was referenced in the headline as well as the story, was based on public documents related to the deal as well as property records.”

But, Politico editor’s admitted that it eventually “received a statement from a representative for Bank of China USA, which had not been contacted beforehand, that the bank had sold off, or securitized, its debt shortly after the 2012 deal.” A spokeswoman for the Bank told Politico that is has “no current financial interest in any Trump Organization properties” after all.

“We updated the body of the article to take account of the bank’s statement,” Politico wrote.

The mistake was significant. Washington Post columnist Jennifer Rubin had used the story as the impetus to point out the emoluments clause. “Presidents cannot have financial interests dependent on foreign” governments,” she wrote.

Fourth Watch editor and founder Steve Krakauer called it a “major journalistic screw-up” and even CNN’s liberal newsletter called it a “big error.” The Daily Beast’s Max Tani tweeted an image of a memo that Politico editor in chief Matt Kaminski sent to staffers acknowledging the website "got the premise” of its original story wrong.

President Trump noticed Tani’s tweet and responded with a shot at other publications.

“At least they admit it,” Trump tweeted. “The Failing @nytimes & @washingtonpost never correct their Fake Reporting!”