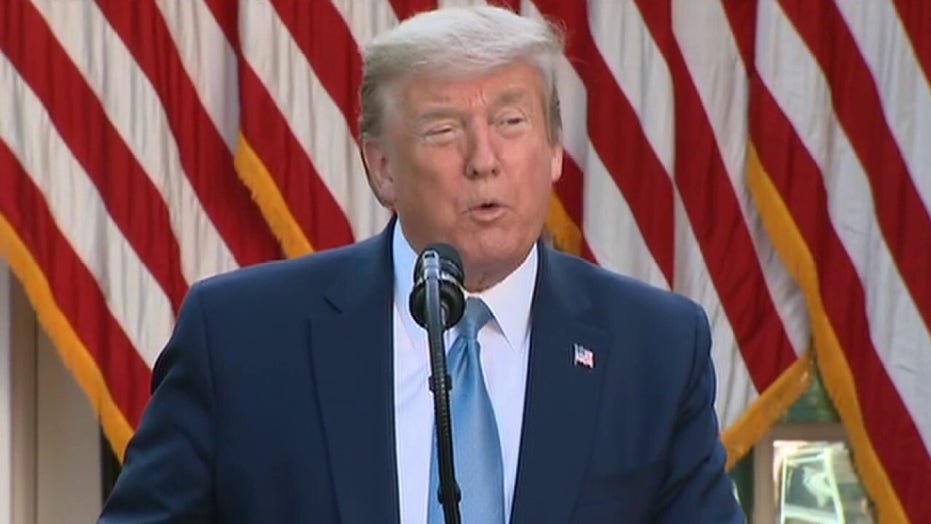 Trump talks to governors about reopening US economy

President Trump sparked uproar on Twitter Friday with a series of tweets encouraging followers to “liberate” amid a growing movement of protests across the country to demand governors reopen “non-essential businesses” and send people back to work.

The three states Trump tweeted about -- Virginia, Michigan and Minnesota -- are run by Democratic governors and critics have responded by calling to “liberate America” from the president.

The protests -- mainly led by conservative supporters of Trump – are a controversial part of a growing effort to turn around an economy that has been hurt in recent weeks because of the pandemic.

A small group of protesters gathered in Virginia's Capitol Square in Richmond on Thursday to voice their displeasure with the state’s move to extend the state’s lockdown orders. Larger protests have occurred in Michigan and an event was scheduled for Friday in Minnesota – and the president has apparently taken notice and took to Twitter to express support.

On Wednesday, hundreds of cars, trucks and SUVs descended on Michigan’s state capital for “Operation Gridlock” as part of a noisy protest against Democratic Gov. Gretchen Whitmer’s social-distancing restrictions that critics say have gone too far.

“Minnesota citizens now is the time to demand Governor Walz and our state legislators end this lock down!" the description of a Facebook event titled "Liberate Minnesota" scheduled for noon on Friday reads. "Minnesota's economy must be reopened for business or destroying the livelihoods of hundreds of thousands of Minnesota citizens and their families may result if we don't act quickly!"

Trump's tweet caused the word “liberate” to quickly become a top trend on social media, with people from both sides of the political spectrum chiming in -- but outspoken liberals were particularly vocal: