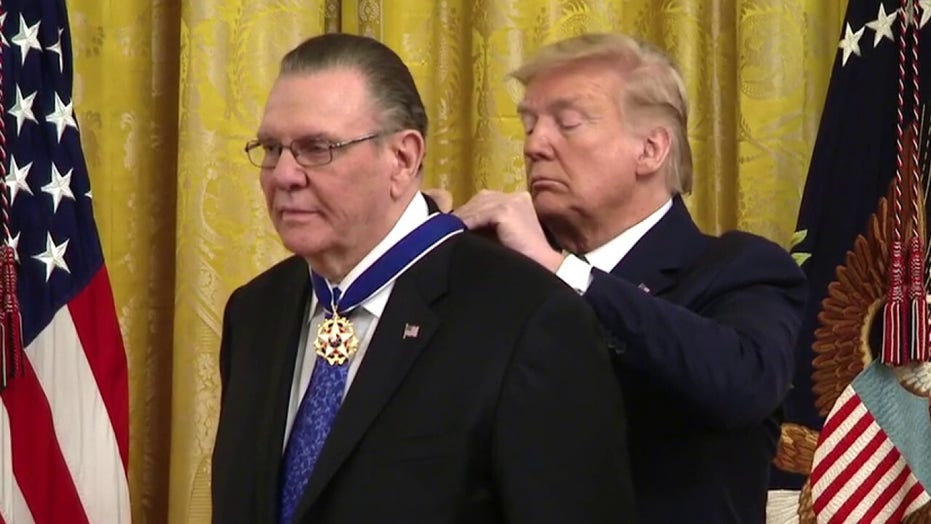 The Medal of Freedom is the United States of America's highest honor for civilian accomplishment.

President Trump presented the Presidential Medal of Freedom Tuesday to retired four-star Army Gen. Jack Keane at the White House, praising Keane as a "courageous warrior" and a "fierce patriot."

Keane, who is also a Fox News senior strategic analyst, has been known to advise Trump on a number of national security issues but has reportedly turned down an offer to serve as the president's defense secretary.

"Jack, I have to say, has given me a lot of good advice," Trump said during his remarks on Tuesday, describing Keane as "a visionary, a brilliant strategist and an American hero.

"General, you will be remembered as one of the finest, most dedicated soldiers in a long and storied history of the United States military," Trump added, "no question about it."

In brief remarks, Keane said he was "deeply honored" to receive the medal, which he called "this extraordinary award."

The retired general became emotional on “Sunday Morning Futures” over the weekend when asked about his reaction to Trump's decision to honor him.

"I was absolutely shocked and stunned when the president called several months ago," Keane told host Maria Bartiromo. "I mean, it really is quite overwhelming, to tell you the truth. It’s not something that anyone would aspire to, and you cannot help but reflect almost immediately when you’re told you’re receiving an honor like this, about the love and support that I’ve had all my life from family and friends." 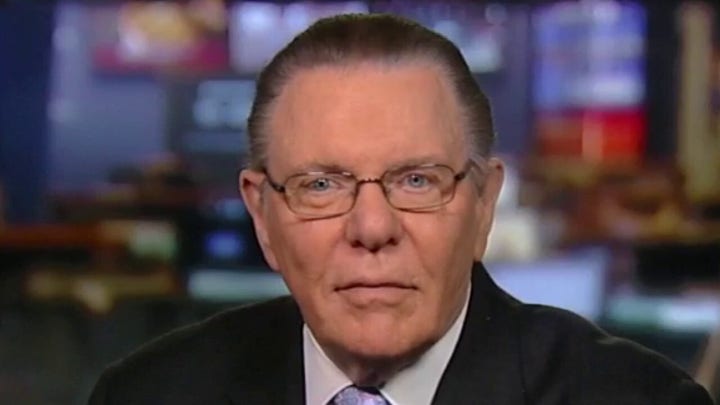 Keane served as the vice chief of staff of the U.S. Army between June 1999 and his retirement in 2003, overseeing 1.5 million soldiers and civilians in 120 countries. He was in the Pentagon on Sept. 11, 2001, when terrorists crashed a hijacked jetliner into the building.

GEN. JACK KEANE WAS 'SHOCKED AND STUNNED' FROM TRUMP PHONE CALL INFORMING HIM OF PRESIDENTIAL MEDAL OF FREEDOM

"Having been in the Pentagon on 9/11 and lost 85 teammates, I saw up close what this war [on terror] was about," Keane told Fox News' Guy Benson on Fox News Radio's "Guy Benson Show" last week. "It became personal for me and I never let go of that emotion I felt about that loss of life and it drove me to stay involved in national security in a way that I never actually imagined I would do as a retired officer. So here I am, 16 years later and I’m still engaged in it."

Keane also provided supervision and support for the wars in Afghanistan and Iraq.

In a statement, the White House said that the medal is given to those who have made "especially meritorious contributions to the security or national interests of the United States, to world peace, or to cultural or other significant public or private endeavors."

White House press secretary Stephanie Grisham said in a statement that Keane “has devoted his life to keeping America safe and strong."

"It's a humbling thing ... I lived the life in the military among heroes and they have given me the inspiration – when I was serving and to this day – in terms of the sacrifices that they are willing to make," Keane told Bartiromo on Sunday.

Keane credits his Catholic school education and his working-class upbringing as the son of a World War II Marine for his continuing commitment to public service. He served in the Vietnam War and described the experience to Benson as "the major turning point in my life. It changed me completely."