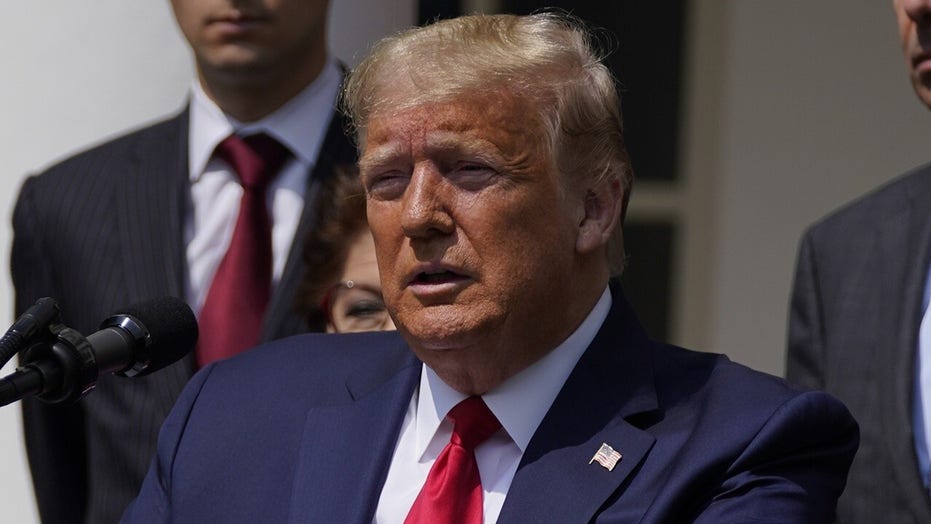 President Trump says the Green New Deal would have a ‘devastating effect on the world’ at a news conference.

His comments came as the administration celebrated a blockbuster jobs report that indicated the US was on its way to economic recovery from the heavy toll inflicted by the coronavirus shutdowns.

Several conservative studies have indicated that the plan, pushed by Rep. Alexandria Ocasio-Cortez, D-N.Y., would saddle households and the economy as a whole with unrealistic costs, as it seeks to drastically overhaul the nation's infrastructure and energy consumption.

Ocasio-Cortez has defended her sweeping proposal, arguing that it was just a nonbinding resolution that would cost $0 if passed. Despite it being a resolution, the bill includes a commitment to many large-scale government programs like guaranteed health care. Sen. Bernie Sanders, I-Vt., who endorsed the deal's framework during his run for president, claimed that he would end unemployment and save the economy trillions of dollars by mitigating the impacts of climate change.

Sanders, on his website, warned that without action on climate change, the U.S. will "lose $34.5 trillion by the end of the century." He also predicted savings as high as $70.4 trillion over 80 years by "averting climate catastrophe."

Multiple studies have attempted to translate the resolution's pledges into concrete policies, but often claim to significantly underestimate the actual costs due to the resolution's vagueness.

The Competitive Enterprise Institute released a study earlier this year showing that portions of the proposal would cost around $75,000 in average annual costs for households in key battleground states.

When the American Action Forum (AAF), led by former Congressional Budget Office director Douglas Holtz-Eakin, looked at the GND, it accounted for several other goals with primarily economic aims ("universal health care" and "guaranteed jobs"). It found that the program could cost as much as $94 trillion. By including those provisions, AAF's calculations estimated that the average cost per household would be $600,000.