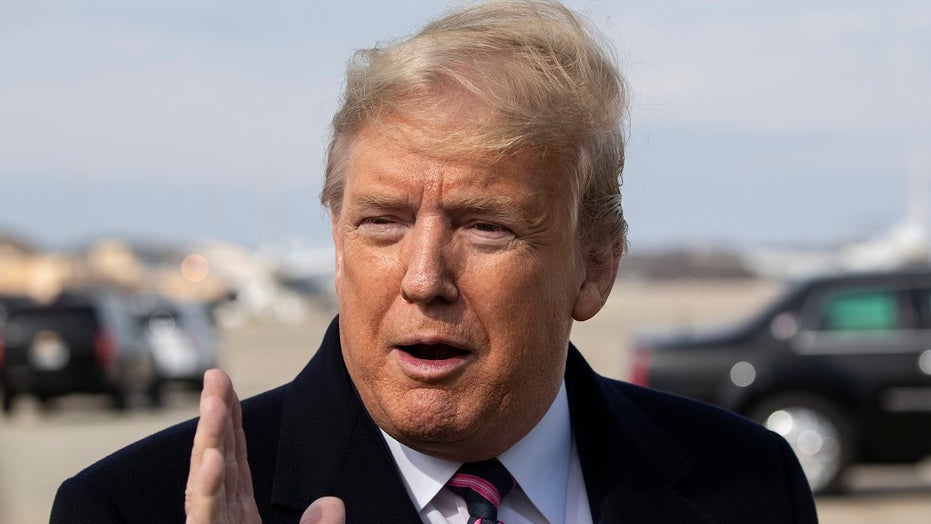 President Trump blasted unspecified "fake news polls" on Wednesday, claiming that his own internal polling showed him getting re-elected in November.

"Internal REAL Polls show I am beating all of the Dem candidates," Trump tweeted. "The Fake News Polls (here we go again, just like 2016) show losing or tied. Their polls will be proven corrupt on November 3rd, just like the Fake News is corrupt!"

Fox News has not seen the aforementioned polls and is unaware of the particular ones mentioned by President Trump. However, campaigns regularly conduct their own polling in an effort to gather information on their candidate. Trump has long criticized mainstream polls, pointing out that a long list of polls was wrong in predicting he would lose the 2016 presidential election.

TRUMP AND BLOOMBERG SPAR ON TWITTER AHEAD OF DEBATE

RealClearPolitics (RCP), which tracks a wide variety of polls, has shown mixed results in polling but tended to show Trump losing to major Democratic candidates.

Despite those numbers, Trump has seen a surge in support since his State of the Union address, which received praise from Democrats and Republicans alike. An RCP average of polls showed Trump with a 46 percent approval rating. That incorporated results from Rasmussen, which reported he had a 50 percent approval rating compared to 49 percent disapproval.

Also on Wednesday, Trump touted his success despite facing attacks from congressional Democrats.

"And this despite Fake Witch Hunts, the Mueller Scam, the Impeachment Hoax etc.," he wrote, alongside the Rasmussen figure. "With our Economy, Jobs, Military, Vets, 2A & more, I would be at 70%. Oh well, what can you do?"