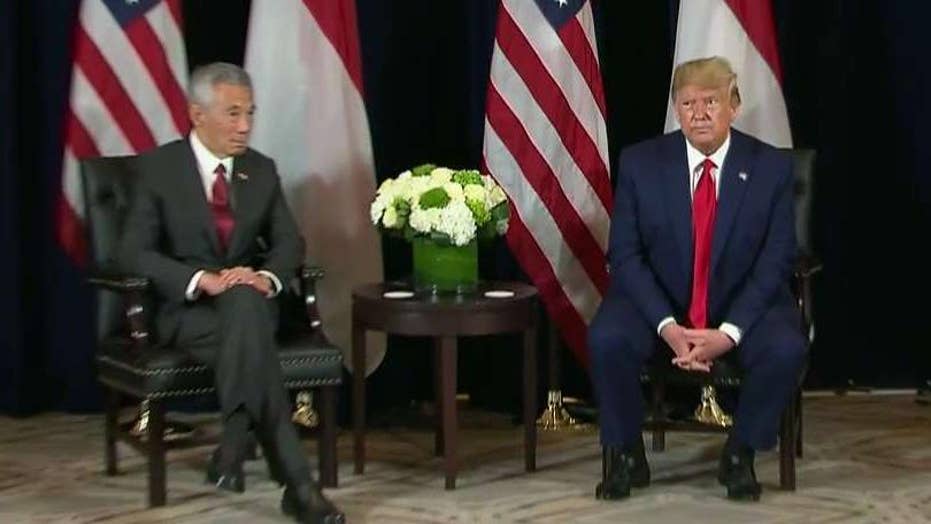 President Trump mocked CNN anchor Chris Cuomo by repeatedly referring to him as "Fredo" -- just weeks after a video of the host taking offense at being called that name went viral.

During a bilateral meeting with Singapore Prime Minister Lee Hsien Loong at the United Nations on Monday, Trump took several questions about the whistleblower controversy involving his communications with Ukrainian President Volodymyr Zelensky. His phone call with the Ukraine leader is alleged to have involved a potential investigation into Hunter Biden, son of former Vice President and 2020 frontrunner Joe Biden.

When specifically asked if he approved lawyer Rudy Giuliani's handling of the controversy in various interviews, the president singled out a clash the former New York City mayor had with Cuomo on CNN last week.

"I think he was excellent," Trump responded. "I watched it the other night... I haven't watched that show in a long time. I don't watch CNN because it's fake news, but I watched Rudy take apart Fredo."

Trump's "Fredo" insult was in reference to an August confrontation that went down between Cuomo and a heckler, who taunted the CNN anchor with a nickname drawn from "The Godfather" movies. Fredo referred to the weak-minded and suggestible brother of Michael Corleone.

"The press doesn't give [Giuliani] credit because they take little tiny snippets where Rudy was a little bit -- if he mispronounces a word, they'll show that and they won't show the whole," Trump continued. "Rudy Giuliani took Fredo to the cleaners. The first time I've watched CNN in a very long time. So I hate to watch it because it's so fake."

Last month, a video posted online showed a man telling Cuomo, in regard to the Fredo tag, "I thought that was who you were."

"No, punk-ass b----es from the right call me 'Fredo.' My name is Chris Cuomo. I'm an anchor on CNN," a heated Cuomo responded. "'Fredo' was from 'The Godfather.' He was a weak brother and they use that as an Italian slur -- are any of you Italian? It's a f---ing insult to your people. It's an insult to your f--kin' people. It's like the N-word for us. Is that a cool f---ing thing?" 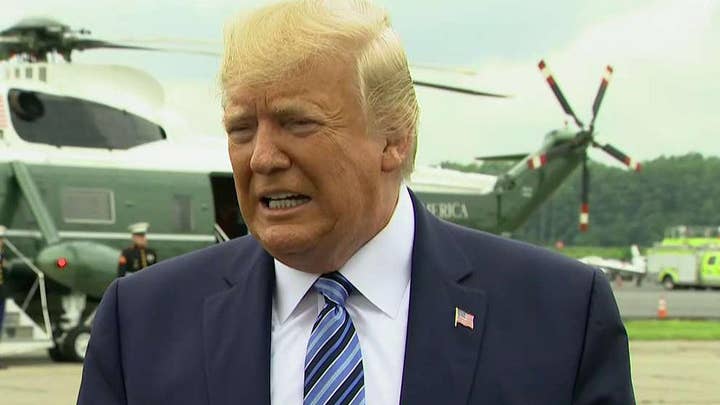 "If you've got something to say about what I do on television, then say it, but you don't have to call me a f---in' insult," he continued.

"Hey man, listen, I don't want any problems," the man, who appears to be holding the camera from below, told Cuomo.

The man, who has been described on social media as a "Trump supporter," repeatedly claimed he thought Cuomo's name was "Fredo." The anchor responded by calling him a "liar" and told him to "own what you said" and "stand up like a man."