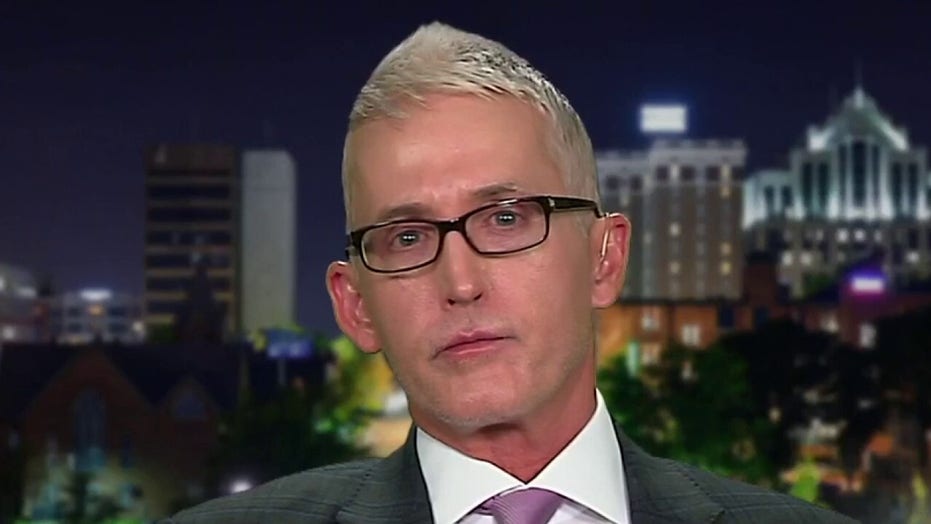 Trey Gowdy on new Flynn revelations: It's not the FBI's job to see what they can get away with

The FBI is supposed to investigate crime not create it, says Fox News contributor Trey Gowdy, former chair of the House Oversight Committee.

Fox News contributor Trey Gowdy blasted James Comey for undermining the functions of the FBI during the Russia investigation, including the prosecution of former Trump National Security Adviser Michael Flynn.

“The FBI is not in charge of hiring and firing directors of National Intelligence. It’s not their job to see what they can get away with as Jim Comey said to that giggling gaggle of liberals when he was doing that Q and A,” Gowdy told “Hannity,” referencing an interview Comey did with MSNBC in 2017 when he admitted ignoring protocol by sending agents to the White House to interview Flynn.

Comey went on to acknowledge the way the interview was set up – not through the White House counsel’s office, but arranged directly with Flynn – was not standard practice. He called it “something I probably wouldn't have done or maybe gotten away within a more … organized administration.”

Gowdy stressed that that is not the typical behavior of the FBI.

“To see what you can get away with, try to get somebody fired, try to catch somebody in a lie; you’re supposed to investigate crime, not create crime.”

Gowdy said that former FBI agent Peter Strzok is the antithesis of fidelity, bravery, and integrity, which is what the FBI stands for.

“You and I shouldn’t be surprised. The same guy who lost the Russian investigations, the same guy who wanted to get Flynn and ultimately, wanted to get President Trump. ... I want to know is this still the FBI? Does the FBI still try to set people up for lies because you don’t like the person that they work for?”