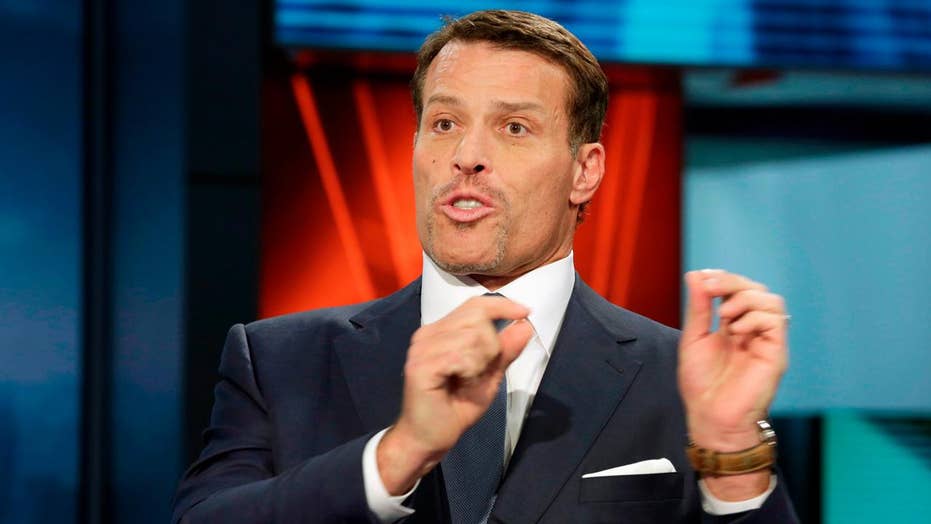 Motivational speaker Tony Robbins apologized after backlash over comments made during a self-help seminar suggesting that some women used the #MeToo movement to gain 'significance' by playing the victim.

Famed self-help guru Tony Robbins filed a summons against BuzzFeed News in Ireland Tuesday after the digital news outlet published a report about an alleged sexual assault by Robbins that took place decades ago -- but the news organization said it stands by its reporting.

The Plenary Summons, obtained by Fox News, seeks damages for “defamation, malicious falsehood, misrepresentation, breach of privacy and intentional infliction of emotional distress” from a series of negative reports about Robbins.

A Robbins by Fox News on Scribd

BuzzFeed News reported that Robbins, 59, was accused of sexually assaulting a minor at a summer camp in 1985 when he was 25 years old. BuzzFeed News spoke to the accuser, two eyewitnesses, and "dozens" of others who recalled their experience at SuperCamp, which was described as "an elite summer camp in Southern California" where Robbins had been invited as a guest speaker.

The accuser, who BuzzFeed News identifies only as "Elle," says she was under 18 years old when Robbins asked her to join him on a walk in a wooded area, where he, according to her lawyers, "forced himself upon her- kissing her and groping her breasts in a prolonged sexual assault."

One alleged eyewitness told BuzzFeed News that she saw Robbins "kissing a camper with his arms wrapped around her" and another recalled him "pinning her arms back as he kissed her forcefully."

Lawyers for Robbins acknowledged that there was a "situation" that was a "non-issue" and told BuzzFeed News, "No sexual assault happened. Period."

"We learned today that Tony Robbins has started legal proceedings against BuzzFeed in Ireland, following a series of reports on allegations of inappropriate sexual advances, verbal abuse and, most recently, an alleged sexual assault of a teen. This reporting is based on hundreds of interviews, audio recordings, and documentary evidence, and we stand by it unequivocally,” Mittenthal said.

"Mr. Robbins has chosen to sue us abroad rather than address the detailed account of the woman who said he attacked her; the two women who say they saw it happen; and the accounts of dozens of others. The fact that he doesn't even seek to address these claims, choosing instead to abuse the Irish court system and attack BuzzFeed, speaks for itself," Mittenthal added.

An attorney for Robins told Fox News that Buzzfeed had the intention of “undermining our client’s hard-earned international reputation” and he has been “subjected to a persistent attack on his character over the course of a number of articles.”

In an op-ed published last week on Medium.com, Robbins slammed Buzzfeed as an entertainment media company that "disguises" itself as a news organization and asked: "who is watching the watchdogs?"

"For this reason, I am now suing BuzzFeed following a premeditated and malicious campaign against me and my life’s work," Robbins wrote. "In a series of articles this year, BuzzFeed falsely accused me of abusing my position and making inappropriate advances toward employees and event attendees as well as berating abuse victims at my seminars. Those stories were filled with falsehoods and many people actively spoke out against BuzzFeed in the immediate aftermath."

He cited an example of how BuzzFeed "inaccurately" labeled two sources as "victims," who apparently refuted the "false reporting."