Famed self-help guru Tony Robbins said on Friday that he intends on suing BuzzFeed after the digital news outlet published a report about an alleged sexual assault by Robbins that took place decades ago.

In the latest of a series of negative reports about Robbins that had ranged from his alleged use of racial slurs to sexual misconduct, BuzzFeed News reported that Robbins, 59, was accused of sexually assaulting a minor at a summer camp in 1985 when he was 25 years old.

BuzzFeed News spoke to the accuser, two eyewitnesses, and "dozens" of others who recalled their experience at SuperCamp, which was described as "an elite summer camp in Southern California" where Robbins had been invited as a guest speaker.

The accuser, who BuzzFeed News identifies only as "Elle," says she was under 18 years old when Robbins asked her to join him on a walk in a wooded area, where he, according to her lawyers, "forced himself upon her- kissing her and groping her breasts in a prolonged sexual assault."

One eyewitness told BuzzFeed News that she saw Robbins "kissing a camper with his arms wrapped around her"  and another recalled him "pinning her arms back as he kissed her forcefully."

Several campers and staffers reportedly were told about the incident at the time. One of the former campers provided BuzzFeed News with her contemporaneous diary where she wrote Robbins "basically started to molest" a girl and that it was a "completely perverted thing to do."

Lawyers for Robbins acknowledged that there was a "situation" that was a "non-issue" and told BuzzFeed News, "No sexual assault happened. Period." 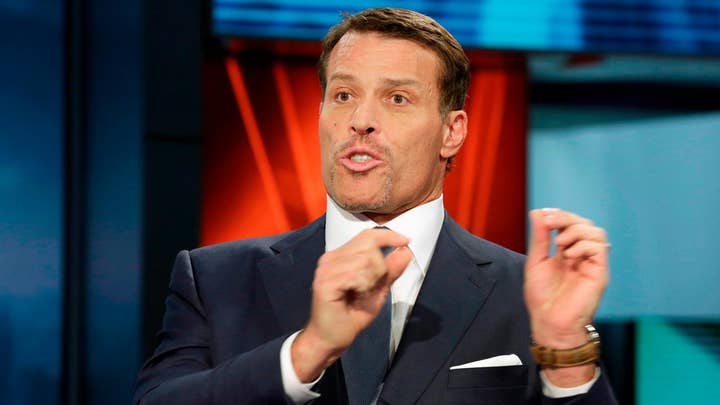 Now, Robbins is speaking out himself in a piece he says "BuzzFeed doesn't want you to read."

In an op-ed published on Medium.com, Robbins slammed Buzzfeed as an entertainment media company that "disguises" itself as a news organization and asked: "who is watching the watchdogs?"

"For this reason, I am now suing BuzzFeed following a premeditated and malicious campaign against me and my life’s work," Robbins wrote. "In a series of articles this year, BuzzFeed falsely accused me of abusing my position and making inappropriate advances toward employees and event attendees as well as berating abuse victims at my seminars. Those stories were filled with falsehoods and many people actively spoke out against BuzzFeed in the immediate aftermath."

He cited an example of how BuzzFeed "inaccurately" labeled two sources as "victims," who apparently refuted the "false reporting."

Regarding the latest report, Robbins alleged that one of the sources contacted his team and said that he had "felt" one of the BuzzFeed reporters "had an agenda, was driving a preconceived narrative and trying to manipulate him into confirming the story she told him."

"While the democratic rule of law affords each of us due process, a fair trial, and lawful standards for the proper introduction of evidence, the same rules unfortunately don’t hold true in today’s wild west of digital information sharing and rampant 'fake news,'" the celebrity guru continued. "More and more people are coming to see the media not as referees but as active players in the larger game of agenda pushing. [sic] Credible media demand transparency, but online tabloid media disguising themselves as “news organizations” too often remain secretive about their sources, techniques and their own agendas. The result: people are turning away from journalism and questioning its once-important role as society’s trusted watchdog."

"One day, the honorable craft of journalism will return to reporting fact-based news, not assassinating targets for entertainment purposes and clickable audience building to drive revenue... Until this happens, I simply ask: 'Who will watch the watchdogs?'"

In a statement to Fox News, BuzzFeed Director of Communications Matt Mittenthal defended the reporting, saying, "BuzzFeed News' series of reports on Tony Robbins are based on hundreds of interviews, audio recordings, and documentary evidence. Our latest story about an alleged sexual assault is based on the accounts of dozens of people, as well as contemporaneous journal entries. The evidence speaks for itself, and we stand by our rigorous reporting."