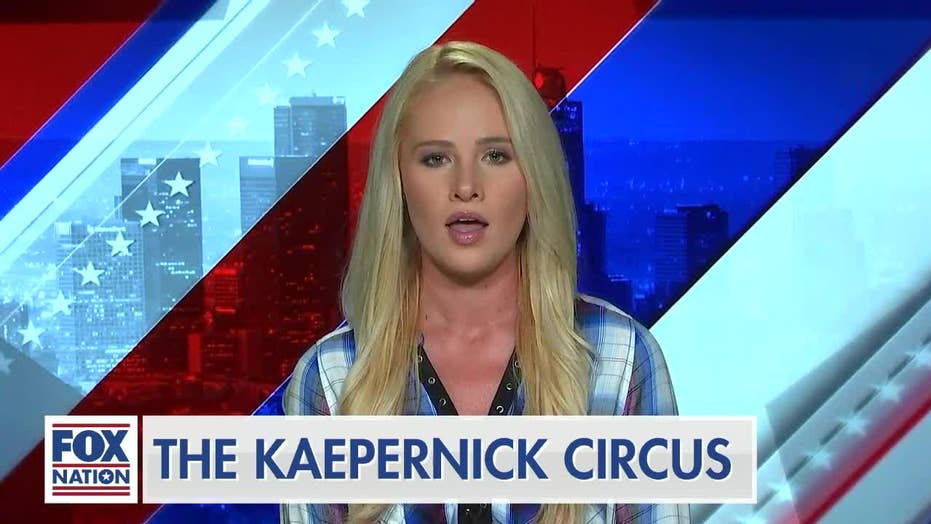 Fox Nation host Tomi Lahren dispensed some advice on Tuesday to former NFL quarterback Colin Kaepernick in response to his showcase workout for representatives of the league last week.

"If the NFL wants to kowtow to crybaby Kaepernick with these special workouts, fine," Lahren said on her Fox Nation show "Final Thoughts." "But Kap, if you’re still not good enough to offset the giant distraction and liability you’ve created, give it up gracefully and stop with this whole 'poor me' charade, please."

Kaepernick’s agent, Jeff Nalley, reportedly said that the former San Francisco 49ers star could have a second workout during the NFL owners' meetings in Florida in March, after Nalley told ESPN on Saturday that he was “pessimistic” about whether Kaepernick would get a contract following the weekend workout.

"It’s been 3 years since crybaby Kaepernick’s kneeling tantrum ruined or at the very least, marred the game of football and sports, in general," continued Lahren on her show.

"If you’ll recall, he said he started his protest to bring awareness to police brutality and racial oppression but funny thing is, he only started feeling so 'woke' and oppressed when he was sitting the bench, after Blaine Gabbert replaced him as the 49ers starting quarterback," she said, detailing a series of public demonstrations by the former professional athlete.

"But let’s just pretend he didn’t do it to offend our military and vets, he very much so did it to disrespect and disparage law enforcement officers. Case in point, the pig socks he wore during practice when still playing for the 49ers back in August of 2016. " 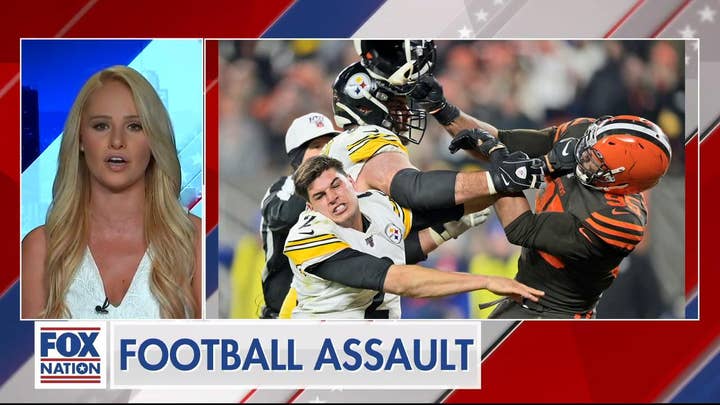 Lahren argued that even after Kaepernick quit the NFL, he continued to benefit personally from the public persona that he created.

"But Kap stills maintain he isn’t in the NFL because he’s oppressed and discriminated against," Lahren observed. "That alleged oppression and discrimination has been quite lucrative for him though, he settled his grievance claim with the league with a payout that’s rumored to be in the tens of millions.

"In true Kaepernick fashion, the victimhood narrative continued. First with his fashion choice and then with this interview."

Prior to last weekend's workout, Kaepernick wore a T-shirt with the name, "Kunta Kinte" written across the chest.  "Kunta Kinte" is a reference to the 1976 novel "Roots," which detailed slavery in America through the account of the character "Kunta Kinte."

"Why would any team want to sign a backup quarterback that is that high-maintenance, that distracting, and that polarizing? No team wants that distraction. It’s football, not the Social Justice Olympics!" and Lahren, pointing to a tweet from a Fox Sports analyst.

"Jason Whitlock hit the nail on the head," she said.

Whitlock tweeted on Nov. 17, "Kap does not and has not wanted to play football since the 49ers benched him. Every act since that moment has been about being a martyr and giving himself an excuse for failure."

"This attention-seeking Kaepernick circus is just about as bad as the attention-seeking circus we have going on in Congress right now!" concluded Lahren. "Perhaps if football still doesn’t work out for Kap he can join a different squad and do what he’s best at, blaming others for the disappointments and inadequacies he’s created for himself!"