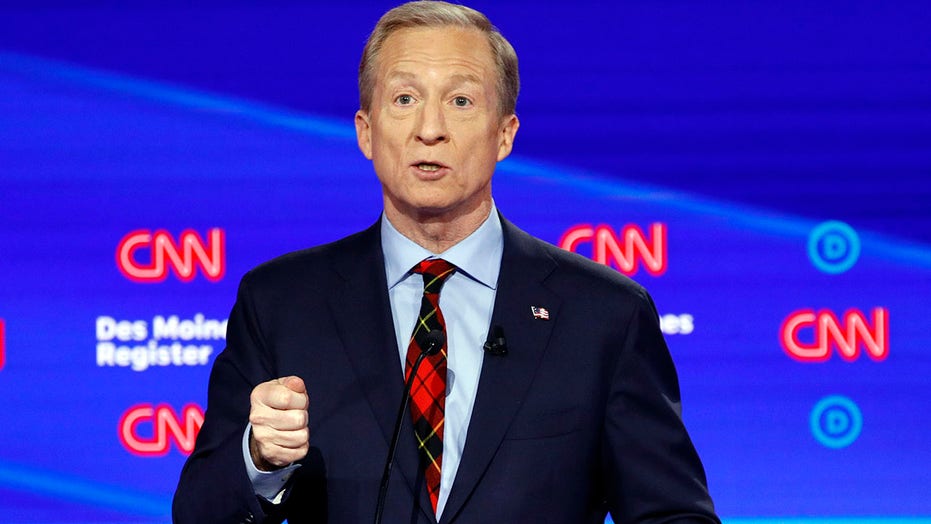 Steyer described the president as "incompetent" during an appearance on Wednesday's edition of "The Dean Obeidallah Show" on SiriusXM, echoing Trump's use of the same word to describe House Speaker Nancy Pelosi, D-Calif., during a news conference in the White House Briefing Room Wednesday evening.

During that briefing, the president announced that Vice President Mike Pence was in charge of coordinating the government's response to the outbreak.

“We’re ready. We’re ready for anything,” Pence vowed Thursday in a speech at the Conservative Political Action Conference (CPAC) outside Washington.

"Okay, let's be clear," Steyer told Obeidallah. "You and I both know that I started 'Need to Impeach' because this is the most corrupt president in American history. But, that's not the point here. He's incompetent -- he's absolutely incompetent. He stripped the Centers for Disease Control (CDC) of its money and of its capability. He's months late on this."

"This is a huge deal and he's turning it over to Mike Pence?" he asked. "I can't be more scared."

The coronavirus has infected more than 82,500 worldwide and been blamed for more than 2,800 deaths. The CDC has confirmed 15 cases in the United States, and another 45 cases among people who have been repatriated to the United States.

The latest U.S. case, recorded in northern California, is potentially the first case of community spread.

"This is a much bigger deal than I think people in the United States understand in terms of how many people are going to be infected and how much economic impact this is going to have," Steyer remarked. "Trump is incompetent. He is doing a terrible job on this."

Steyer added that Republicans were "up in arms about the Ebola virus" in 2014 and former President Barack Obama dealt with it "masterfully."

But, Steyer went on, a marked difference between Obama and Trump is that Obama "believed in analysis and science."

"He was on top of it," said Steyer. "He really led the world on controlling the Ebola epidemic ... so that in the United States it didn't become much of anything at all."

"That's not what is happening here," he continued further. "Mr. Trump is way late. He has no capability; he is incompetent."

"I think this a huge, huge, deal because this is like George W. Bush with the hurricane and flooding down in New Orleans," he stated. "It's a total executive failure by an incompetent executive."