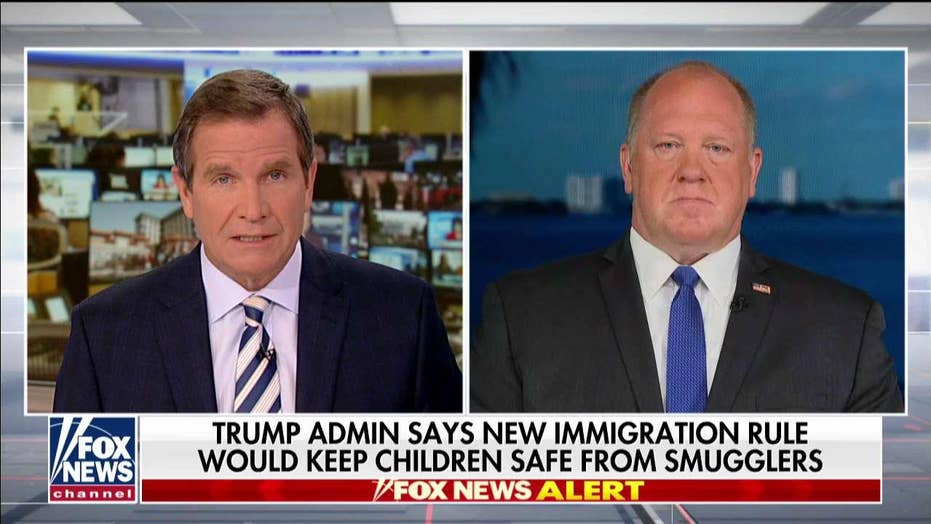 The former acting director of Immigration and Customs Enforcement said Tuesday that 19 states and the District of Columbia are putting forth a "stone-cold lie" about the Trump administration's move to scrap the court-ordered Flores agreement.

The Trump administration announced the decision last week, allowing for migrant families to be detained longer as their cases are being considered, instead of having to release them after 20 days. The move triggered an immediate lawsuit, which argued that the administration seeks to hold migrants in "indefinite detention."

"That's a stone-cold lie," said the former ICE official, Tom Homan, in response on "America's Newsroom," arguing it's part of the "false narratives" being spread by the left about immigration enforcement efforts. 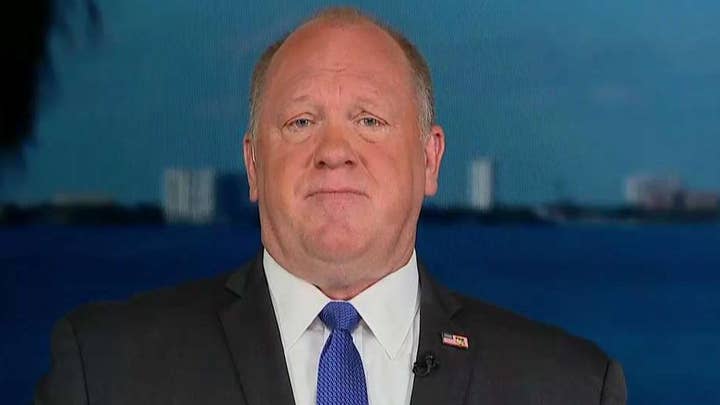 He said the same thing was done in the Obama administration, including when family detention centers first started being built in 2015.

"They were held about 40 to 50 days, time enough to see a judge. Most of them lost their cases, were sent home and the border numbers went down because we showed the consequence and deterrents," Homan argued.

The Flores ruling was the result of a 1980's case in which 15-year-old Jenny Flores was detained with adults by federal authorities after fleeing El Salvador. The Flores settlement allowed migrant children to be sent to care programs after 20 days. Acting Homeland Security Secretary Kevin McAleenan said the new rule will replace Flores, while retaining most of its terms. It is set to take effect in October.

Homan also pushed back on claims that migrant families will be held in unacceptable conditions, saying that family residential centers are different from Border Patrol detention facilities and were specifically designed for such situations.

"It's an open-air campus, ... they're not locked up in jail cells. These facilities were built for families and vulnerable populations," said Homan, recalling that he personally filed an affidavit while working for ICE in which he cautioned against the move to a 20-day detention period.