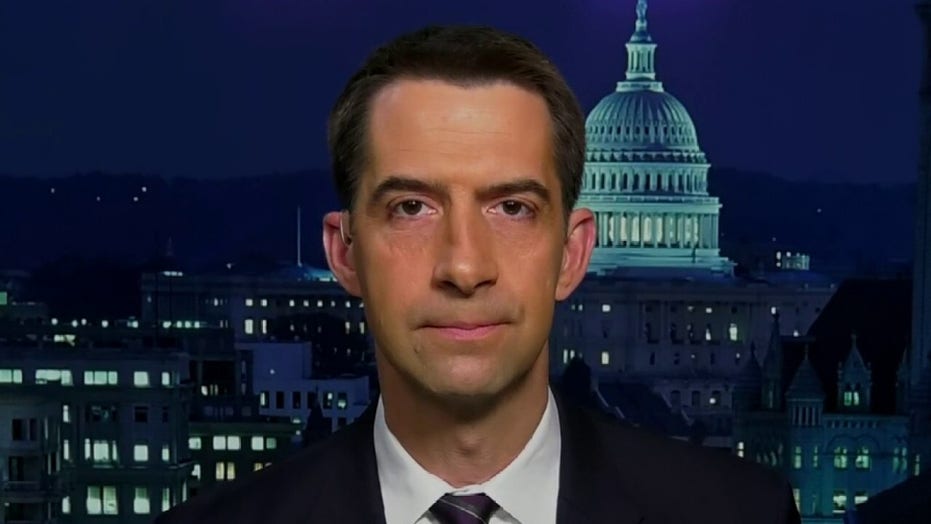 Sen. Tom Cotton on efforts to bring medical supply chains back to US from China

Senate Armed Services Committee member Tom Cotton, R-Ark., joined "Hannity" Tuesday to discuss his proposed legislation that would prevent the federal government from sending taxpayer-funded stimulus dollars to states or cities that issue payments to people in the U.S. illegally.

Under Cotton's No Bailouts for Illegal Aliens Act, states or cities must certify that illegal aliens are not receiving coronavirus stimulus checks or other payments. State and city governments that refuse to comply with the certification requirements will not be eligible for funds from the CARES Act.

Paycheck Protection Program loans, unemployment benefits and relief checks sent to American citizens in those locations would not be affected.

"New York, Illinois, New Jersey, California have some of the highest state income taxes in the entire country," host Sean Hannity told Cotton. "Now, there is more waste, fraud, abuse, debt, deficits. They are now trying to get people like yourself and people in red states that elect responsible politicians that don’t tax and spend to death to bail them out. That means bailout their stupidity.

"You talk about illegal immigration," Hannity added. "How much is that costing the state of California every year, the state of New York every year? A lot of money.

Cotton also told Hannity that he is still looking to legislate a policy that will encourage domestic production of pharmaceuticals.

While many major pharmaceutical companies currently make their home in places like California, New Jersey and Connecticut, many of the necessary ingredients are sourced from overseas.

"Unfortunately, Sean, it is a tragic irony that the country that unleashed this pandemic on the world also controls many of the most basic pharmaceutical ingredients for the United States," he said. "That does have to stop.

"I've got legislation that would give incentives to build more manufacturing capacity right here in the United States and ultimately ban the import of pharmaceuticals from China many of which are adulterated to begin with."