Tim Scott: ‘Woke supremacy is as bad as white supremacy’

Sen. Tim Scott, R-S.C., responded on Monday after MSNBC host Joy Reid claimed that the senator was essentially a prop being used by the GOP to show a "patina of diversity."

On "Fox News Primetime," Scott said that comments like Reid’s need to be "taken seriously" and urged those opposed to "good common sense" to read an excerpt from the Bible, Matthew 5:44, about loving one's enemies.

"Woke supremacy is as bad as white supremacy. We need to take that seriously," he told host Trey Gowdy, who also criticized Reid's comments, saying "when she calls a United States Senator who's a subject matter expert a prop, a token, or a superficial covering, that's personal and that's wrong and she should be held to account."

Reid continued her habit of smearing black conservatives last week, suggesting Scott was only in attendance at a press conference opposing a minimum wage increase to create a "patina of diversity."

During her segment, Reid played a clip of Sen. John Thune, R-S.D., outlining Republican opposition to a $15 minimum wage mandate and asserting that the measure, which was originally part of Biden’s $1.9 trillion dollar coronavirus stimulus package, would disproportionately affect those her lost their job during the pandemic.

"You've got to love Tim Scott standing there to provide the patina of diversity over that round of words, that basket full of words," Reid told Rep. Pramila Jayapal, D-Wash.

Scott’s press secretary Caroline Anderegg quickly defended Scott, claiming the senator was "not a prop" and slammed Reid for her comment. 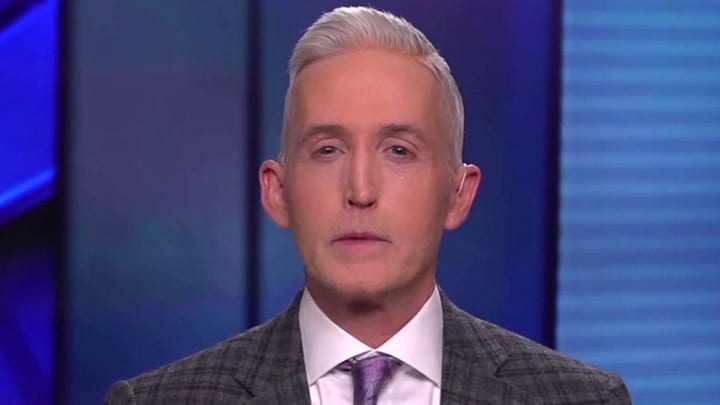 "Unsurprising that someone like Joy would stoop that low--I guess that's what you do in the absence of a substantive policy critique. The senator has been leading the fight against the misguided Dem wage hike for weeks," she tweeted on March 2nd.

Reid has in the past criticized Black conservatives for their policy positions and participation in the Republican Party.

In 2012, Reid wrote an "open letter" to Scott upon his appointment to the U.S. Senate, urging him not to become a "token" for conservatives.

Reid also used a slur against Supreme Court Justice Clarence Thomas, who is African American, calling him "Uncle Clarence," a reference to the 'Uncle Tom’ stereotype, during her election coverage back in November and subsequent tweets.

Additionally, Reid was forced to apologize on air when homophobic and offensive blog posts came to light that she wrote in the 2000s. She claimed at the time that she had been hacked, but after an investigation was conducted, Reid admitted she had written the posts herself.

Since then, Reid was promoted to lead host of a primetime show and served as a lead host for 2020 political coverage for MSNBC.