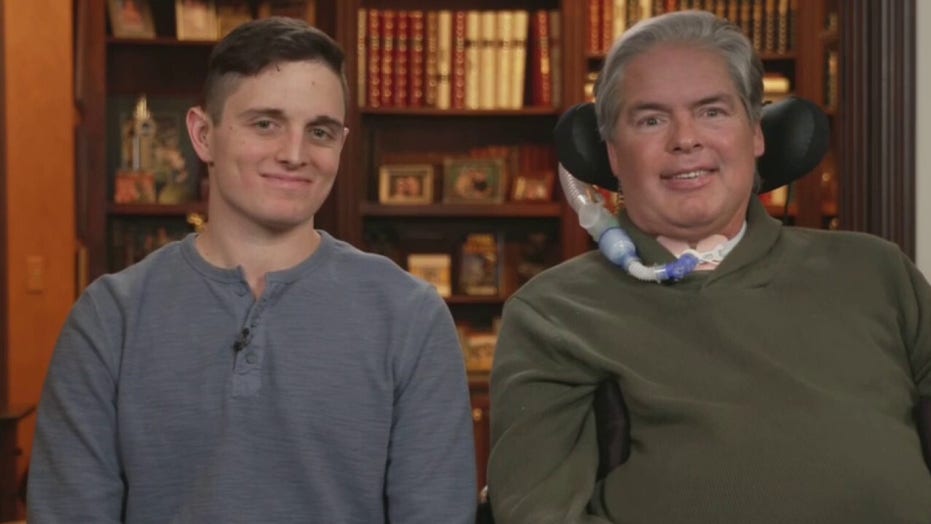 Tim Green: ALS has only heightened my gratefulness for life’s blessings

Former NFL star opens up about the disease as just ‘another challenge to overcome’ on ‘Fox News Primetime.’

Former NFL star Tim Green opened up on how living with ALS impacted his outlook on life Wednesday on "Fox News Primetime."

"Having ALS has only heightened my gratefulness for all the blessings in my life, especially my beautiful wife and our five kids and five grandkids," Green told host Brian Kilmeade.

Green said his optimistic outlook around his illness is driven by faith.

"I believe they will find a cure and the condition I’m in is just another challenge to overcome. Every day is a blessing," Green explained. "I realize that now more than ever before, and I don’t want to waste a single minute."

The illness caused Green to lose his ability to speak. He has since learned to communicate with a device that follows his eyes on a keyboard. Green explained the tablet tracks his eye movement with an "infrared sensor" that detects which letters he pauses on to generate a voice. This technology allowed him to write his latest book, "Final Season."

The middle-grade book is a "largely biographical story" told from a 12-year-old’s point of view chasing a championship after his father and coach is diagnosed with ALS.

Green attended Syracuse University where he was an All-American football player and later drafted as a first-round NFL pick. While playing for the Atlanta Falcons, Green studied law and began his writing career. By the time he retired, he already published his first book. 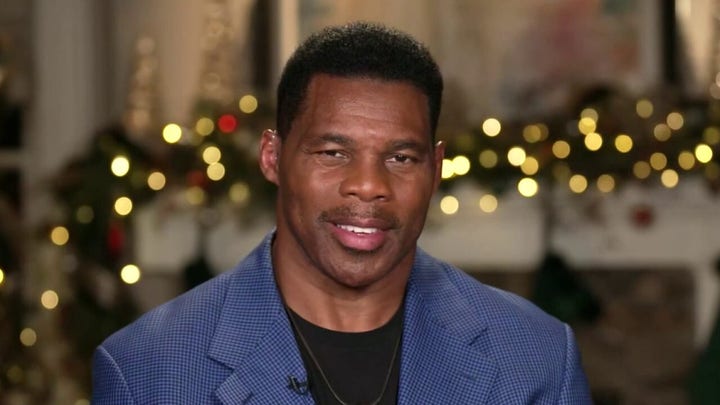 "I want kids reading any book. We know that kids who read become not only smarter, but kinder," Green said.

Following his eight-year NFL career, he became a lawyer and sports broadcaster, and Green said his doctors don’t "have any doubt" his football career contributed to his ALS.

"The NFL has a fund called Plan 88 that pays for a lot of the medical expenses not covered by insurance. And not only has the league been very supportive of Tackle ALS, but my good friend Roger Goodell and my brother Arthur Blank have been extraordinarily generous with their own money donating to Tackle ALS. Every dollar of that money goes directly to research at Mass General Hospital," Green said alongside his son Troy.

Troy reflected on his father’s journey and shared a holiday message.

"My dad said, ‘focus on the things you have and not the things you don’t have.’ I think there’s a great message always, but especially during the holiday season."

ALS is a rare neurological disease that causes deterioration and death of nerve cells that control voluntary muscle movements, such as chewing, standing and walking. Symptoms get worse over time and there is currently no known cure, according to the National Institute of Neurological Disorders and Stroke.

JayLeen Murray is an associate editor with Fox News Digital.