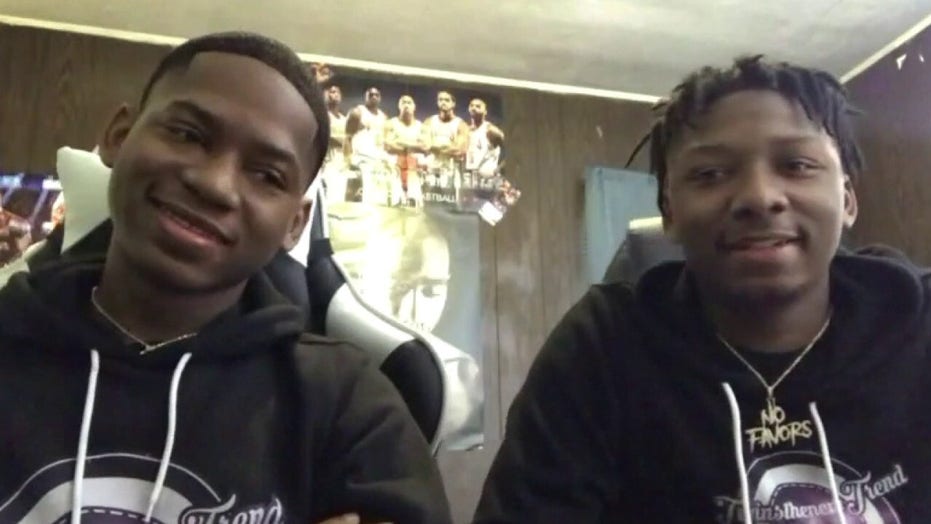 During a time when the country has rarely seemed so divided, twin brothers Tim and Fred Williams are combining their love of music and their video platform to unite people of all walks of life.

"We wanted to start a new trend and just react to all types of music and bring people together by it," the brothers explained on "The Daily Briefing" Tuesday.

"There is no color to music," they added. "Everybody just join in and react to it. Be different."

The premise of the YouTube channel "TwinsthenewTrend" is simple. The Williams brothers film their reactions to popular songs they've never heard before.

"There is no color to music. Everybody just join in and react to it. Be different."

The songs range from Led Zeppelin's "Stairway to Heaven" and Tom Jones' "I'll Never Fall in Love Again" to Tupac Shakur's "White Manz World and Kenny Chesney's "Somewhere With You."

In a June 2 video, in which they react to Matisyahu's "One Day," the brothers discussed the state of the country following the nationwide outrage over the May 25 death of George Floyd in Minneapolis police custody.

"One day this all will change, treat people the same,
Stop with the violence, down with the hate,
One day we'll all be free, and proud to be,
Under the same sun singing songs of freedom."

"One-day, hopefully, like he said ... we can get together, be at peace," they say on the video.

The brothers encouraged their viewers to explore "different types of music" after suggestions from fans opened them up to older songs that resonated with them.

"I definitely downloaded some songs on my phone, " they said, "so I definitely appreciate the music that they comment."