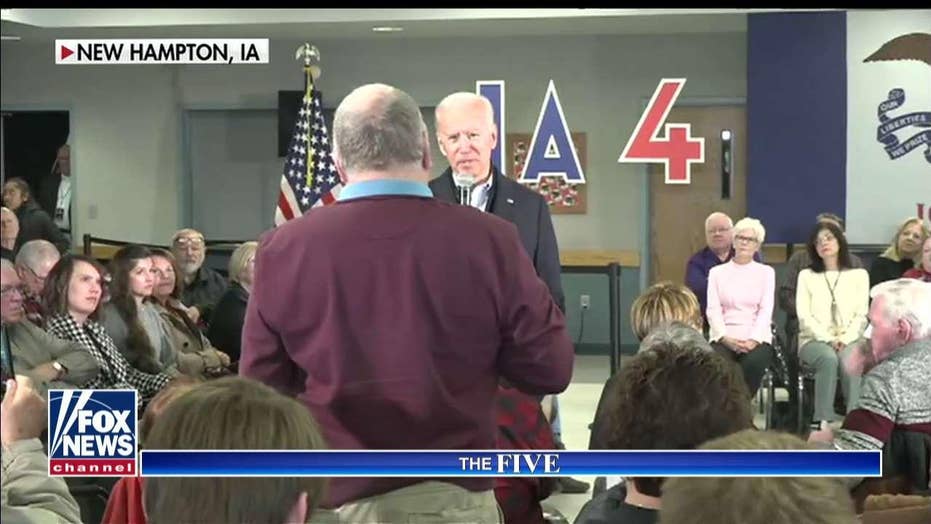 "The Five" panel reacted Thursday to former Vice President Joe Biden's confrontation with an Iowa voter who suggested Biden had abused his office.

At a speaking engagement in New Hampton, the man asked Biden about his son Hunter's activities in Ukraine.

"You're selling access to the president, just like he was," the man said, comparing Biden to President Trump.

Biden became incensed and called the man a "damn liar," rejecting the audience member's claim he wasn't accusing Biden of a crime.

BIDEN LASHES OUT AT TOWN HALL 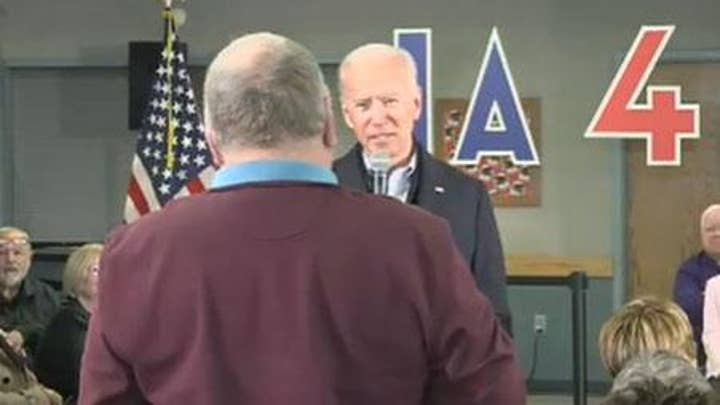 "You said I set up my son to work in an oil company," Biden said. "Isn't that what you said? Get your words straight, Jack."

Panelist Emily Compagno noted Biden also appeared to address the man as "Fat," told another audience member they were in Ohio instead of Iowa and momentarily claimed to have been vice president in 1976. 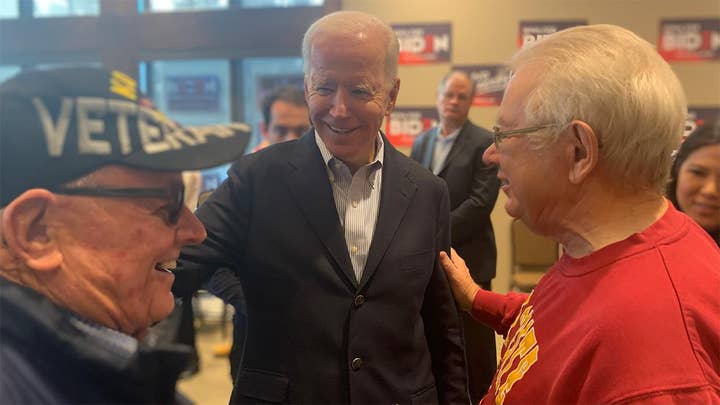 "Fox News @ Night" host Shannon Bream said Thursday was the first time Biden became animated at mention of his family or at a political event.

She referenced a prior instance in which Biden claimed that if Trump were in school with him and bullied another student, he would "take him behind the gym and beat the hell out of him." Biden previously made those remarks to the University of Miami (FL) Democrats. He also made similar remarks at a rally in his hometown of Scranton, Pa.

Juan Williams said Biden was within his right to respond forcefully to the man, saying that he was offered a "difficult question," and claimed that the fact that Biden became animated and defensive will help his campaign.

In the past, Trump has not taken Biden's remarks about fighting him very lightly.

At a 2018 speech to the Washington D.C. "Gridiron Club," Trump remarked that Biden would be easy to defeat in a fight.