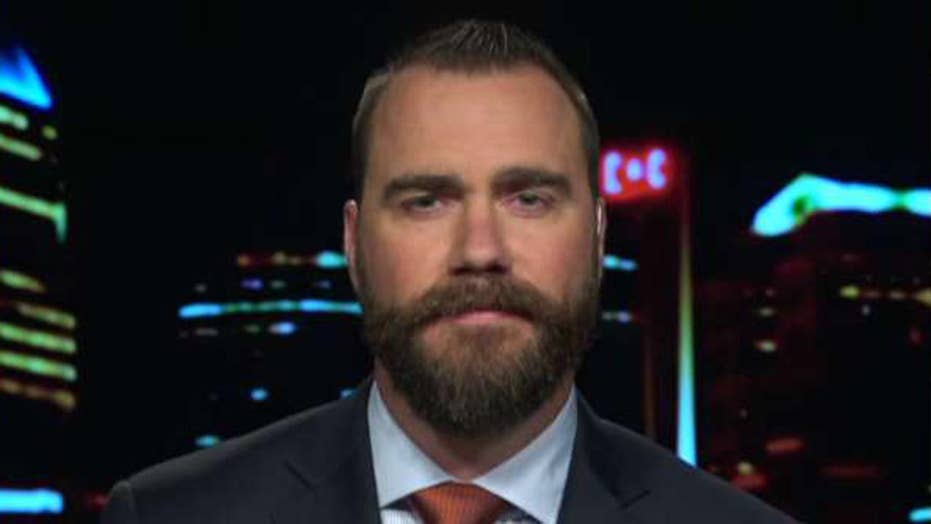 Cleckner: Thank God for Mr. Wilson, his handgun, and his practicing at the range

A retired U.S. Army sniper told Fox News Monday that more people would have been murdered in a Texas church over the weekend if 2020 Democratic frontrunner Joe Biden had his way and more restrictive gun laws were in effect.

Ryan Cleckner told Mark Steyn on Monday's "Tucker Carlson Tonight" that Biden was completely wrong about the supposed danger of a Texas law allowing firearms to be carried in houses of worship.

Biden in September had criticized Texas Gov. Greg Abbott's signing of the bill into law, remarking that "with all due respect [to Abbott] it's irrational what they're doing."

"In a day, you see a mass shooting ... five killed and we are talking about loosening access to have guns and being able to take them into places of worship, store them in school, I mean it's absolutely irrational," he said at the time.

Cleckner, a chief writer for firearm education site GunUniversity, said Biden was "dead wrong" and claimed that Abbott should not have needed to pass such a law.

"If [Biden] he has his way, there would be a lot more people dead in that church," Cleckner said.

"The government doesn't give us the right to carry in church, and it is so sad to me that we have to have a law in Texas that allowed them to exercise the fundamental right to defend themselves in church," he added.

The veteran added Biden is one of many gun-control advocates who appear not to understand that criminals by definition don't obey laws, including long-established laws against murder.

"No law allowed that bad guy to walk into a church and kill people," he said.

During the interview, Steyn noted that Biden was not the only candidate to previously lament Abbott's law.

Democratic presidential candidate Julian Castro, a former San Antonio mayor, claimed at the time the idea that when it comes to a good guy with a gun stopping a criminal with a gun, "it doesn't work that way."

On Sunday, two people were killed after a man opened fire with a shotgun at the West Freeway Church of Christ in White Settlement.