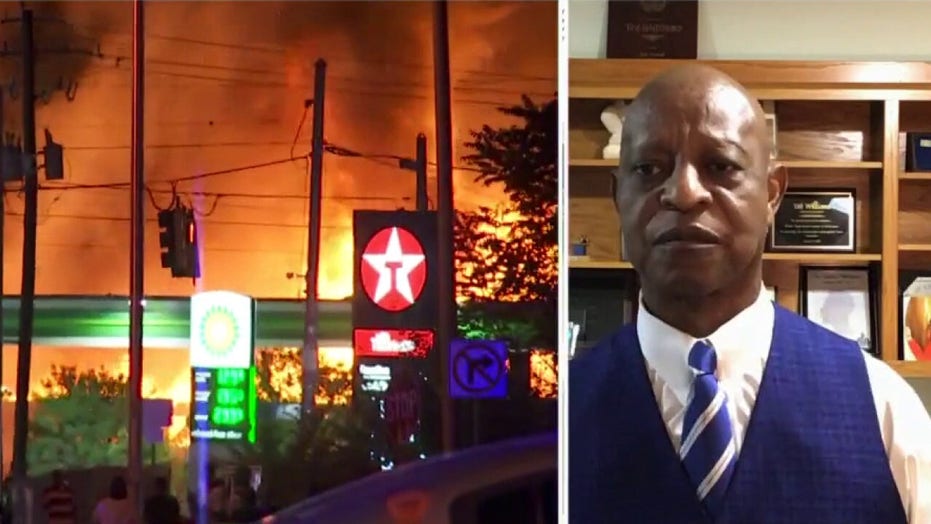 Williams shared his views during a special edition of Fox News' "America's News HQ," as the Georgia capital city erupted in protests and rioting following the police-involved shooting death of 27-year-old Rayshard Brooks outside a Wendy’s fast-food restaurant.

"As you know, the chief of police today has decided to step down, somebody else has taken the chief's place. I don't know who that is, but I'm sure that the men and women on a police department are cognizant of what is taking place," Williams said.

Williams also criticized the mayor for speaking out and calling for the officer involved in the shooting to be fired, saying fault hadn't yet been determined.

Authorities maintain that Brooks grabbed an officer's stun gun and ran with it. During a news conference, Bottoms said she didn't think the use of deadly force was warranted and that she requested the officer involved be fired.

"I wish that the mayor would have put this officer on administrative leave, that she would not have spoken out and said that the officer had acted in a wrong manner," Williams said. "I wish she would have waited for a report because the question is, did the officer act reasonable under the circumstances in which he was faced. So that is, the jury is clearly still out on that and an investigation clearly is ensuing to make that determination."

The Georgia Bureau of Investigation (GBI), which is investigating the shooting, said the deadly confrontation started with officers responding to a complaint that a man was sleeping in a car blocking a restaurant drive-thru lane. The GBI said Brooks failed a field sobriety test and then resisted officers’ attempts to arrest him.