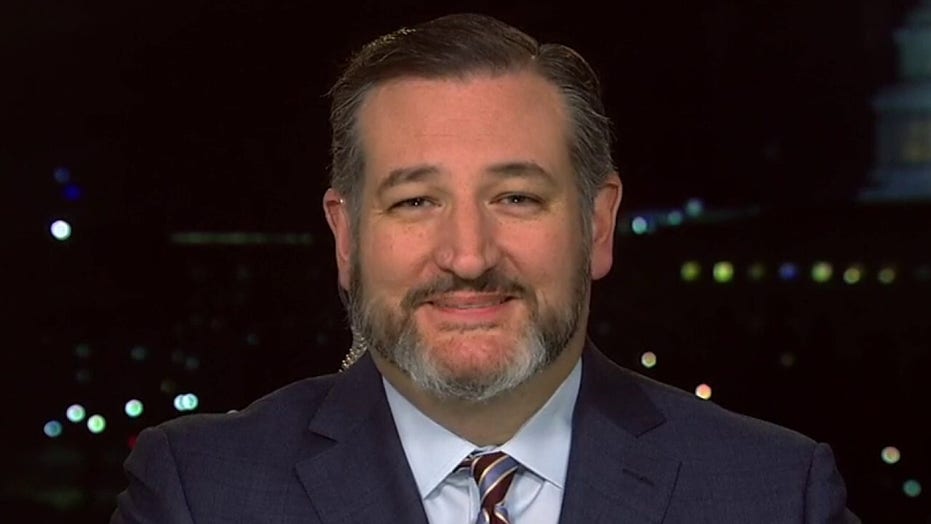 Texas Republican Senator Ted Cruz weighs in on the impeachment trial as it nears the final vote.

Sen. Ted Cruz, R-Texas, appeared to have some fun at the expense of Democrats, particularly House Speaker Nancy Pelosi, at the Senate impeachment trial of President Trump.

In a 51-49 vote Friday, the GOP successfully blocked Democrats' efforts to add additional witnesses to the trial.

It was also determined that both the House impeachment managers and Trump's defense team would make closing arguments Monday, with the Senate likely to vote Wednesday to acquit the president of charges of abuse of power and obstruction of Congress.

However, during a recess, Cruz was seen talking to colleagues and making a particular hand gesture.

The clap overwhelmingly resembled the one Pelosi made at the 2019 State of the Union Address, the first one since she regained her speakership. One of the most viral moments from the address was when Pelosi offered what was described as a "derogatory" or "condescending" clap toward President Trump.

Political strategist Caleb Hull put the two clips side-by-side and asked, "Who did it better?"

The impeachment trial has inspired several viral moments. On Thursday night, Democrats generated excitement on social media when Rep. Jerrold Nadler, D-N.Y., appeared to steal the podium from leading House impeachment manager Rep. Adam Schiff, D-Calif., at the end of the second day of questioning by the Senate jurors.

After Chief Justice of the United States John Roberts read the last question for the House managers, Nadler was seen jumping out of his chair and rushing to the center podium, quickly getting the attention of Schiff, who also leaped from his seat.

"Jerry. Jerry. Jerry," Schiff is heard saying as he took a few steps toward Nadler, but failed to stop him from speaking.

But as a reporter began questioning the lawmakers, Harris was seen having a good chuckle with her Ohio colleague, prompting the minority leader to halt Harris' laughter.

Harris responded with a facial expression of her own.