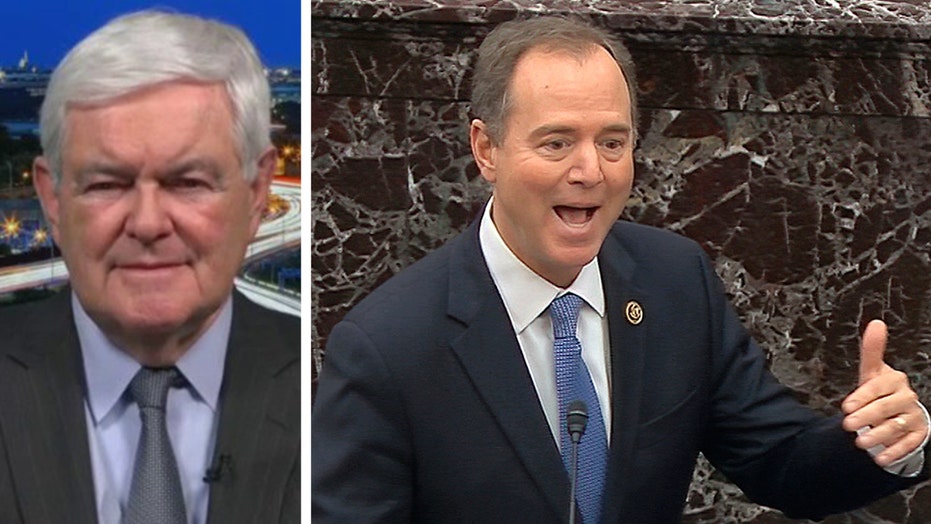 Rep. Adam Schiff, D-Calif, may have been the leading House impeachment manager, but it was Rep. Jerry Nadler, D-N.Y., who got the last word in a comical moment that quickly went viral on social media.

Wrapping up the second day of questioning by the Senate jurors, Chief Justice John Roberts called on the House managers to answer the final question of the evening.

"Could you please respond to the answer just given by the president's counsel and provide any other comments the Senate would benefit from hearing before we adjourn for the evening?" Roberts read from the card.

Nadler is then seen jumping out of his chair and rushing to the center podium, quickly getting the attention of Schiff, who also leaped from his seat.

"Jerry. Jerry. Jerry," Schiff is heard saying as he took a few steps towards Nadler, but failed to stop him from speaking.

The moment sparked plenty of laughs on social media.

"This is INCREDIBLE. Schiff tried to stop Nadler! You can hear him call him to stop. And then he showed why," National Republican Senate Committee senior advisor Matt Whitlock reacted, later adding, "Dems ask for a closing statement on the night. Nadler, clearly fed up, jumps to his feet and scurries to the mic, ignoring audible protests of lead manager Schiff. Then Nadler gives a terrible lecturing close."

"Nadler runs to take the shot. Schiff was like "yo...let me handle this." Always give the rock to your All-Star. Schiff is the All-Star," New York Times columnist Wajahat Ali wrote.

"I focused on watching Rs in chamber during this. Many of them had wry smiles, eyebrows arched, clearly unimpressed and perhaps a bit stunned at fact that Nadler felt need to do this," Yahoo senior political correspondent Jon Ward tweeted.

Even MSNBC host Lawrence O'Donnell weighed in on how "fast" Nadler got to the podium.