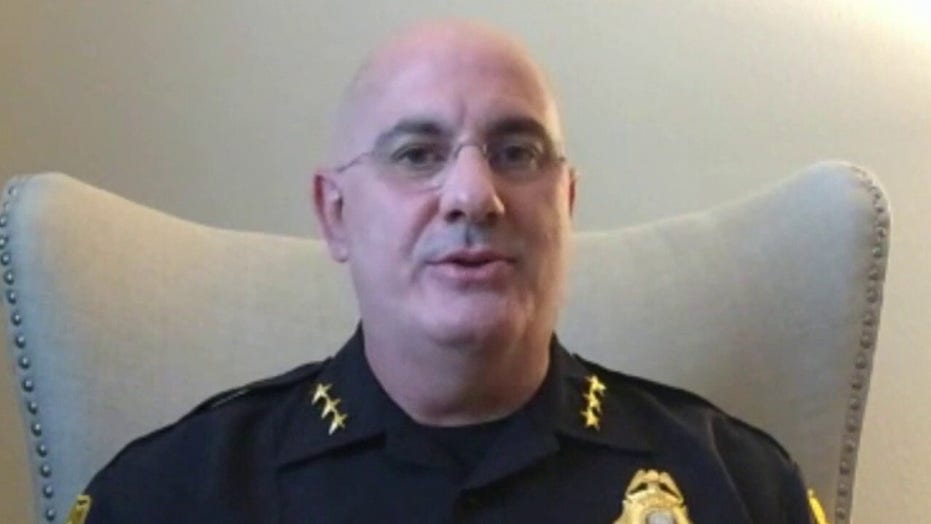 Tampa Police Chief Brian Dugan warns against making police the enemy on 'Fox &amp; Friends' after his officers are ambushed responding to a shots fired call.

In an interview on "Fox & Friends" with hosts Steve Doocy, Ainsley Earhardt, and Brian Kilmeade, Dugan said he believes that the country is at a "crossroads," but that if protesters and residents are going to make enemies out of those sworn to serve and protect them, they better be prepared to "make friends with the criminals."

Early on Saturday morning, two of Dugan's officers were injured while responding to a report of shots fired and a possible gunshot victim. However, when they arrived at the scene, a crowd of hundreds was there to greet them. As the officers searched for a possible victim, the massive group of people blocked their path and became aggressive.

According to Dugan, the mob surrounded officers, threw bottles and glass, and jumped on a police vehicle. Officers could not locate a victim.

"It's an ambush. I have no other way to describe it,” Dugan told reporters in a news conference on Monday. “When there are that many people out there and clearly no one had been shot. It was just a set up to get the cops there.

"We have changed our protocols where we send at least two officers to any type of call that we’re going to. Whether it’s a delayed burglary or whatever. This incident we actually sent nine officers to and it was clearly just a set up to get the cops there and then surround them," the chief explained on Thursday. "But, this is what we’re dealing with, you know?"

Dugan told the "Friends" hosts it felt like a no-win situation for his department.

"If we show up and take action, you know, we're heavy-handed, you know, it’s ‘excessive force,'" he said. "You know, [with] these peaceful protests, demonstrations -- they turn on a dime and they can turn on the cops very quickly." 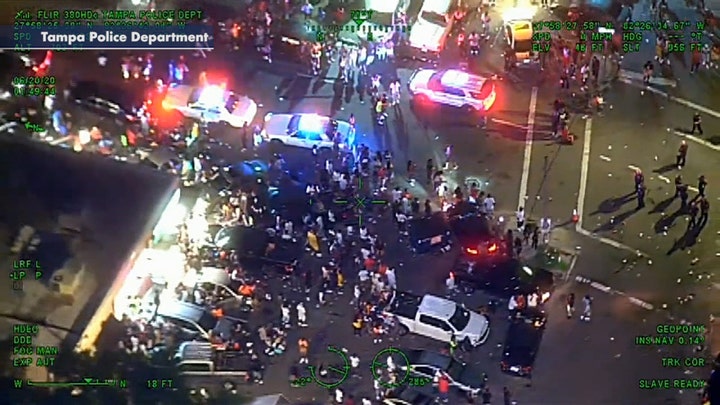 In addition, according to Dugan, prosecutors also aren't "depicting the whole story and leaving the portions out that [don't] fit their narrative" including the destruction of police property.

"And, I think we’re running into a situation in this country where, you know, people are now so afraid they’re going to lose their job, that they’re not doing their job," he noted.

"You know, I assure you that, you know, we are not going to take a knee. We are going to stand up. We are going to defend our city," he concluded. "We are the guardians of the city. And, we have no [intention] of handing over the key to the city to these protesters who quite frankly are just not always peaceful."