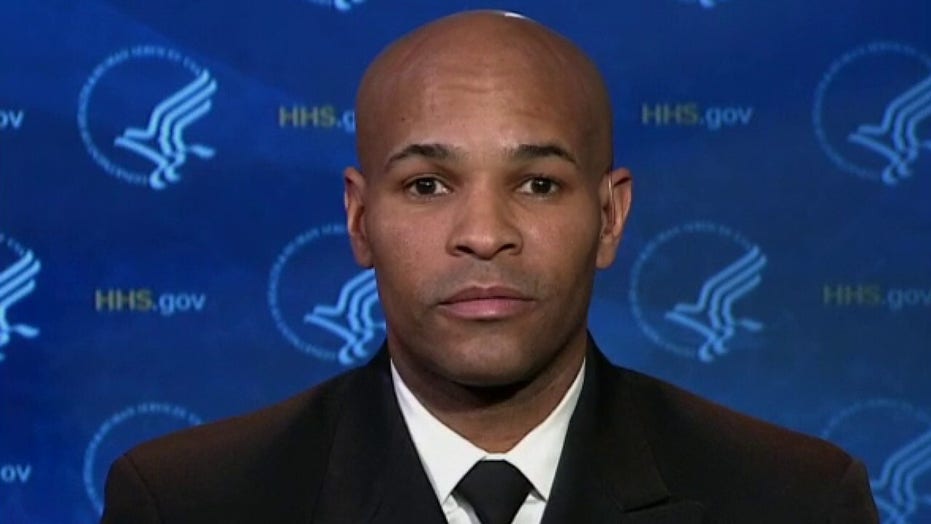 US surgeon general: It's important to remain calm but stay cautious

Surgeon General Jerome Adams weighs in on coronavirus response on 'The Story.'

Surgeon General Dr. Jerome Adams joined "The Story with Martha MacCallum" Friday and gave his thoughts on a tempestuous exchange between President Trump and an NBC News reporter over the administration's messaging during the coronavirus pandemic..

"The messaging has always been challenging because we're trying to to give people optimism, but also encourage them to be cautious," Adams said. "And that's why from the beginning, I've always said we need to prepare, but not panic when you see panic in some places.

Alexander asked Trump if his “impulse to put a positive spin on things” could be giving Americans a “false sense of hope” amid the pandemic. The president explained he had a “good feeling” about possible solutions the FDA is working on.

Alexander then asked, “What do you say to Americans who are scared?”

“I say that you’re a terrible reporter. That’s what I say,” Trump fired back, adding: “I think that’s a very nasty question and I think it’s a very bad signal that you’re putting out to the American people."

Adams also told MacCallum that he disagreed with claims that task force member Dr. Anthony Fauci and Trump were giving conflicting takes on experimental drugs that may combat the coronavirus.

"I was quite frankly, fascinated at these stories that came out of that because there was no, there was no disconnect between what Tony Fauci was saying and what the president was saying," Adams said.

"The president was saying, number one, we have two drugs out there, and he is optimistic and hopeful -- based on some of the studies and what they've heard -- that these drugs will be helpful to people. And that's why we're providing them for four people on a compassionate use basis, "Adams said.

"But Tony Fauci appropriately said we need to make sure we're following up the data, that we see the studies so that we can actually tell people for certain down the road whether this is effective or not. So those two aren't incongruous, that's science. We're hopeful, but we're also cautious."