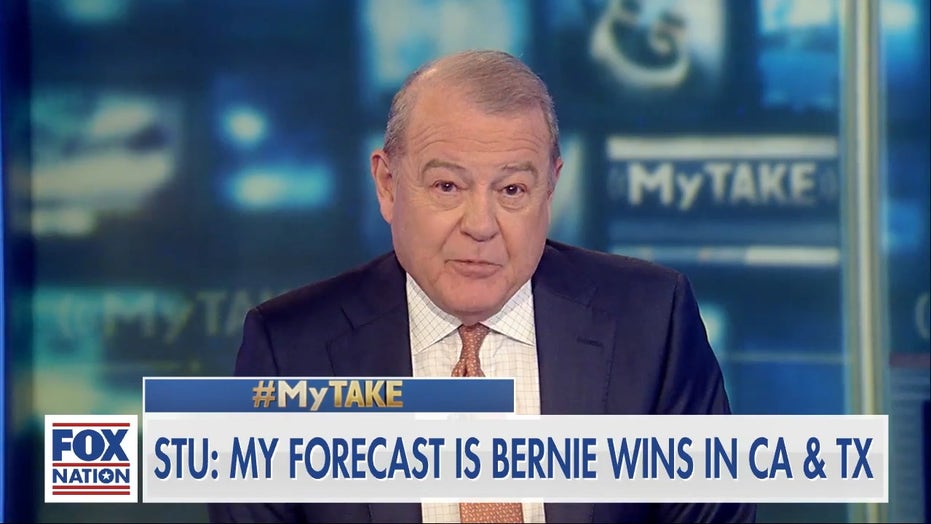 Fox Business host Stuart Varney predicted that Sen. Bernie Sanders I-Vt., will emerge as the obvious leader in the race for the Democratic Party's nomination for president after the votes are tallied from Super Tuesday.

"I'm going to tread on dangerous ground. I'm going to make a forecast," said Varney on Fox Nation's "My Take" on Tuesday. "Bernie wins California and Texas and shows well in Maine, Massachusetts, Colorado and Minnesota."

"He leads the delegate count already and he'll pick up a lot more today," he continued. "Bernie will be the clear front-runner and the establishment panic will reach a crescendo."

According to Varney, the chaos inside the Democratic Party is the real battle to watch, as candidates dropped out of the race en masse and rallied around former Vice President Joe Biden.

"This is classic political desperation," said Varney.  "The Democrats ganging up on Bernie to save the moderate cause."

"Bernie – he's furious," Varney argued. "Last time around, he was denied the Democrat nomination. The establishment conspired against him and they're doing the same again now."

The divide in the Democratic Party was clear on Monday, as Sanders was introduced at a campaign rally in St. Paul, Minn., by Rep. Ilhan Omar, a member of the so-called "squad" of progressive, freshman congresswomen.

In Dallas, Texas, Biden accepted the endorsements of onetime rivals Pete Buttigieg, the former mayor of South Bend., Ind., and Sen. Amy Klobuchar, D-Minn., and in a surprise moment, former Texas Rep. Beto O'Rourke joined him on stage to offer his support as well. 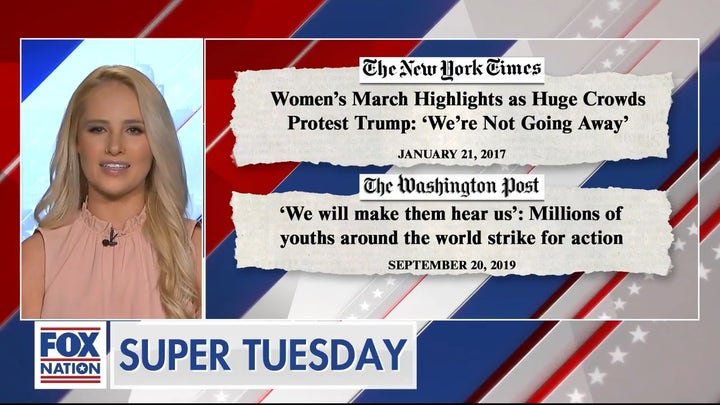 "It just shows the dramatic split within the party," said Varney.  "It's right out in the open. Can't be denied. The party is at war with itself."

"It's not just Bernie versus Joe," he added. "The $60 billion man, Bloomberg. He's still in the race. Sure, he's under pressure to get out, but he says he's not leaving... So it's a three-way split."

"I don't see how this party can come together, no matter who its nominee," Varney concluded. "If Bernie wins ... there will be some centrists who vote for Mr. Trump. And there will be a lot who stay at home.  If Joe wins it, the socialists will be outraged, robbed again. And if Bloomberg wins it, yes, the socialists will be outraged. They're the party that has been bought. And, you know, they'd have a point."

"The socialist, Obama's vice president and multi-billionaire Bloomberg – who would have thought the Democrats would splinter along these lines?"