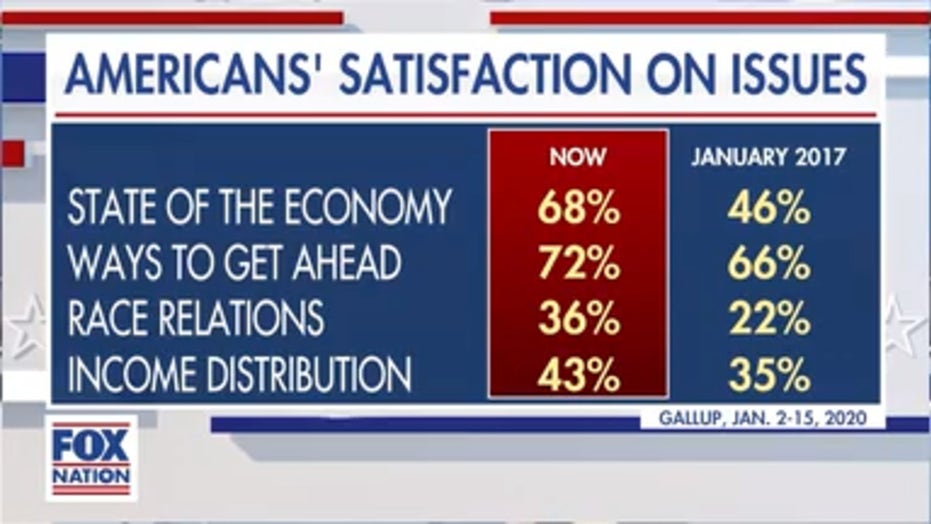 Fox Business host Stuart Varney argued that a narrative from "Democrats and the media" that Americans are "unhappy, bigoted, stupid and bad" has been destroyed by a new survey showing that the vast majority of folks are satisfied with their lives and believe that the country is improving on multiple fronts.

"Step away from politics for a moment. Ignore the media. How do we really feel about our lives, our society?" said Varney on Fox Nation's "My Take."

"Well, well, well, contrary to all the negativity splashed across our screens every day, Gallup found 84 percent of us are satisfied with the overall quality of our lives," he continued.

The Gallup survey, conducted from Jan. 2 to 15, also found since Trump's inauguration there has been double-digit increases in public satisfaction with the nation's economy, security from terrorism and military strength.

THE CHART THE TRUMP CAMPAIGN SHOULD BE PLASTERING ABSOLUTELY EVERYWHERE: DEIRDRE BOLTON

Feelings of satisfaction also increased with issues that some the president's critics accuse him of exacerbating, including race relations, income distribution and opportunities to get ahead.

"This is the exact opposite of what we've been told by the Democrats and the media. Truth is, the elites have been carried away by their hatred of President Trump," said Varney.

Gallup noted that "average satisfaction is roughly on par with the level of the early 2000s" at a time when Americans generally expressed feelings of patriotism following the September 11th attacks. 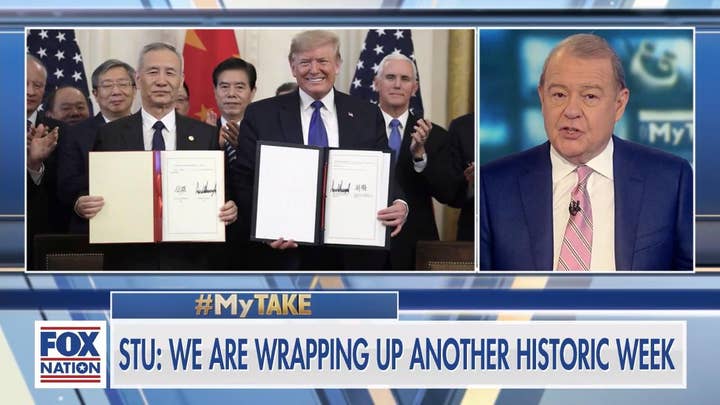 "The jig is up," Varney contended. "President Trump has won on virtually all fronts."

"Impeachment has become an embarrassment for the Democrats. The economy is a triumph of tax and red tape reform... And with nine months to the election, the president's opponents are bitterly divided and frankly misguided," concluded Varney. "276 days to the election, President Trump is riding high."