Host of "Varney & Company" Stuart Varney slammed President Biden on "Fox & Friends" Tuesday for his false claims about gas prices being under $3 in some locations in the United States.

STUART VARNEY: When the president gets desperate, he tends to make factual errors. He's desperate now and he is clearly factually challenged. There are no states in the United States of America where the average price of regular gas is below three bucks. The cheapest is Texas. Now, he makes a big deal about lower gasoline prices over the past six months or four or five months. That's how he hung his hat on that as controlling inflation. But he ignores the last six days when the price of gas has actually gone up. As you point out, the average is now $3.74 per gallon. It's going up and has gone up for the last six days. That puts him in a desperate position because, how does he explain that? 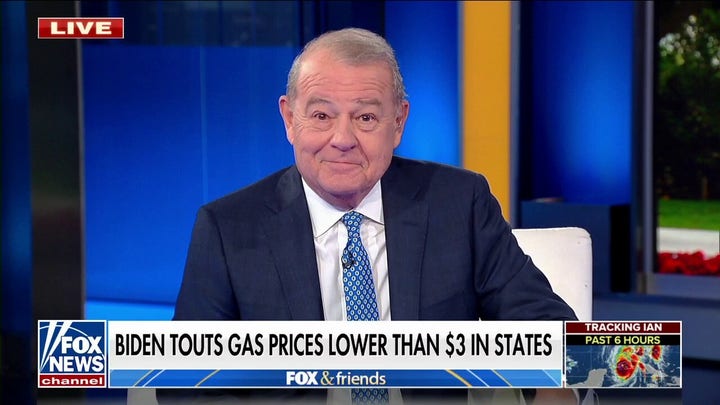