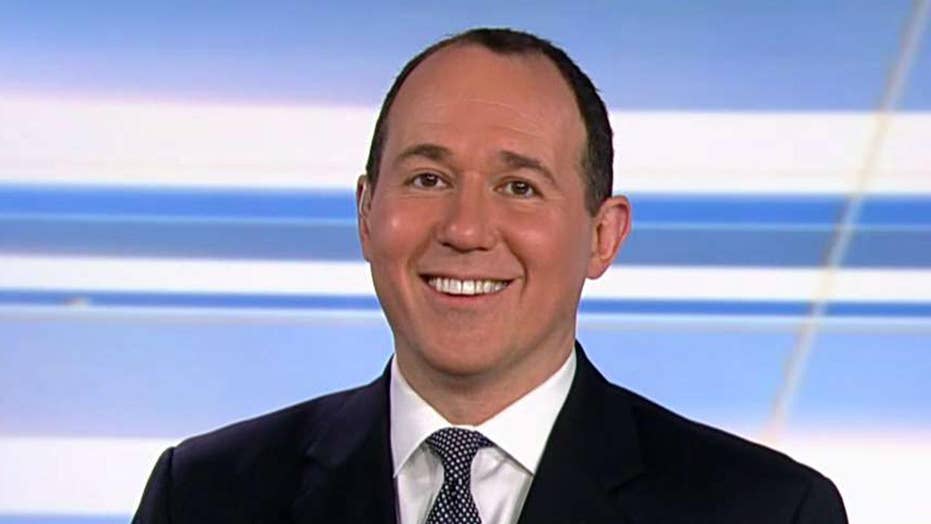 Oscars criticized for lack of diversity; Raymond Arroyo breaks down his 'Friday Follies.'

Legendary horror author Stephen King seemed to have walked back his remarks about how "quality" of Oscar nominees should matter over "diversity," which sparked backlash from the left.

There was a bit of controversy earlier this month after the Academy revealed this year's Oscar nominations, which critics noted a lack of diversity among the acting categories as well as the complete shutout of female directors from the Best Director category.

King, one of the thousands of Oscar voters, stressed how the "quality" of the film should be considered in the nominating process and not diversity.

"As a writer, I am allowed to nominate in just 3 categories: Best Picture, Best Adapted Screenplay, and Best Original Screenplay. For me, the diversity issue -- as it applies to individual actors and directors, anyway -- did not come up. That said... I would never consider diversity in matters of art. Only quality. It seems to me that to do otherwise would be wrong," King tweeted.

The "Shining" mastermind was criticized on social media for being so dismissive of diverse nominees.

Now, in a Washington Post op-ed published Monday, King decried that the Oscars are "still rigged in favor of white people."

"The subject was the Academy Awards. I also said, in essence, that those judging creative excellence should be blind to questions of race, gender or sexual orientation," King wrote. "I did not say that was the case today, because nothing could be further from the truth. Nor did I say that films, novels, plays and music focusing on diversity and/or inequality cannot be works of creative genius."

King pointed to the demographic makeup of voters, citing that women made up only 32 percent of the 9,000 voters and people of color represented only 16 percent of Academy members.

"Not good enough. Not even within shouting distance of good enough," King declared.

He knocked several Best Picture nominees, including "Joker," "The Irishman," "1917" and "Once Upon a Time... in Hollywood," for being, as his son calls them "man-fiction," meaning they're films of "fights, guns and many white faces."

"Where am I in this diversity discussion? Fair question. The answer is white, male, old and rich," King continued. "Yet I’m proud to have written about strong female characters facing complex issues, in novels that have often been adapted for movies or television, with the characters brought powerfully to life by gifted actresses."

King didn't completely abandon his previous remarks, writing, "Creative excellence comes from every walk, color, creed, gender and sexual orientation, and it’s made richer and bolder and more exciting by diversity, but it’s defined by being excellent. Judging anyone’s work by any other standard is insulting and -- worse -- it undermines those hard-won moments when excellence from a diverse source is rewarded (against, it seems, all the odds) by leaving such recognition vulnerable to being dismissed as politically correct."