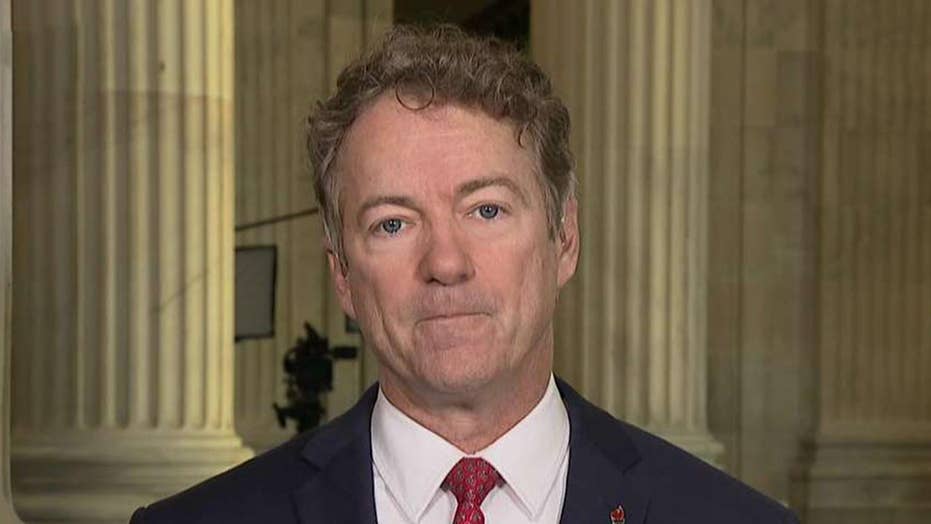 Sen. Rand Paul: Witnesses that both Democrats and Republicans want should be allowed, or none at all

Kentucky Senator Rand Paul weighs in on the debate over new witnesses in the Senate impeachment trial.

Sen. Rand Paul, R-Ky., predicted Wednesday that the Senate impeachment trial of President Trump would be "more fair" than the House impeachment inquiry and said the question of whether to call witnesses should be settled on an "all or nothing" basis.

Paul also addressed the possibility of whether or not Hunter Biden or his father, former Vice President Joe Biden, could appear as witnesses.

"I don't think one of these Democrats who said they want witnesses will vote to allow Hunter or Joe Biden to come and if the president was withholding it [military aid] because he thought there was corruption involving Hunter Biden and Joe Biden, then we want to hear from them or at least hear about that corruption," Paul said.

Cavuto asked Paul if he received any blowback for supporting the War Powers Resolution, which limits Trump's power to order military action against Iran. Paul said he spoke to the president and said that he "understands that there's this big philosophic debate" over the issue.

Paul said it was time for the president to pull troops out of the Middle East, particularly Iraq.

"Bring them home. The people are ready. Americans are ready," Paul said, noting the cost of the conflict. "The Iraqi government is disdainful of us liberating them three times. Let them fight the next time."