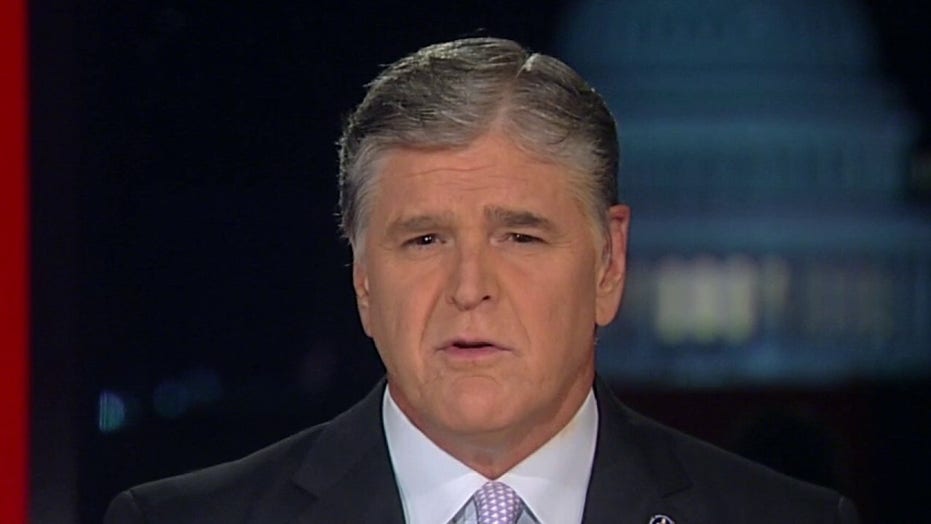 Hannity: Hunter Biden 'bombshell' reveals how he profited from Burisma

"A brutal new U.S. Senate report is now revealing shocking and new details about the illicit and corrupt activities of Joe Biden's adult son, Hunter, and how he profited while his father was in charge of Ukrainian policy [while vice president]," the "Hannity" host began.

"According to the report," Hannity added, "Hunter actually raked in a whopping $3.5 million from the wife of the former mayor of Moscow -- as in Russia -- via a wire transfer. Hunter also opened a joint bank account with a Chinese national in order to fund a $100,000 shopping spree for members of his family. And that's not all."

Addressing the Democratic presidential nominee directly, Hannity asked, "Why did you allow your son to use your position as vice president as leverage to make millions of dollars from sketchy oligarchs [in] Russia, China, Ukraine, all over the world? Did you make any money from these deals?

"Is this why you refused to stand up to China and refused to support the travel ban, and you'd rather attack Donald Trump, who wisely implemented that travel ban ten days after the first identified case of corona? Was Joe Biden compromised? Is it because maybe he wanted more deals for Hunter? Why? So the family can get even more millions?"

Hannity also dared members of the mainstream media to "ask Joe Biden a serious question about what is an earth-shattering scandal."

"Imagine if this was Donald Trump Jr. or Eric Trump or Ivanka Trump or Barron Trump. Imagine the hysteria ... Imagine when your name is Hunter Biden and your dad is running as a Democrat for president of the United States."