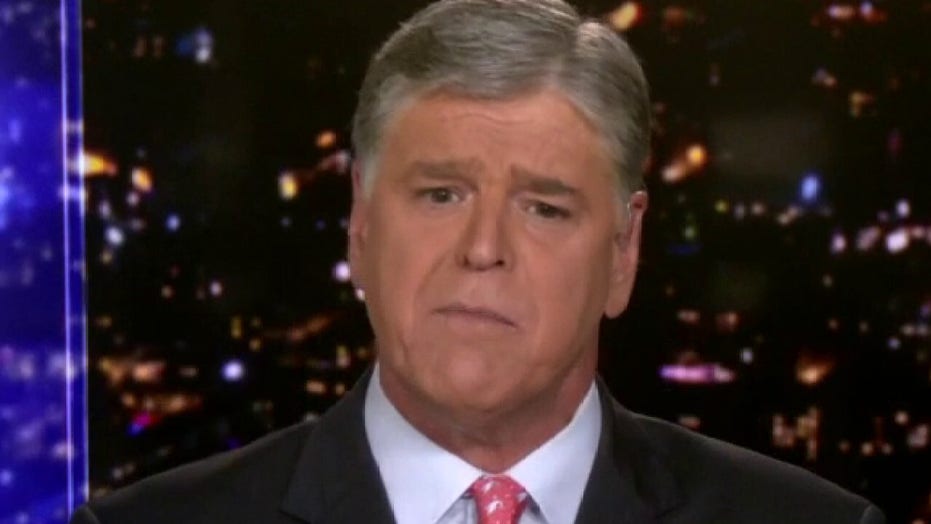 "He was held up as some kind of hero by the mob and the media. The socialist Pravda of our day then said there was significant evidence of Trump-Russia collusion," Hannity said. "He knew it was a lie. He had all the testimony proving it was a lie. But this is what he told the American people."

Hannity ripped Schiff for pushing the Russia and Ukraine narratives, before blasting the media for enabling him.

"That is the guy that represented the entire Democratic Party in the House Intel Committee. Russia, Russia, Russia, Ukraine, Ukraine, Ukraine. A proven liar, a disgusting sociopath and a congenital liar, Schiff," Hannity said. "He damaged this country with all of these lies. One hoax after another, all his conspiracy theories, the mob and the media. You people in the mob, you are his willing accomplices. You've been his dupe the whole way."

The host then accused Schiff of chasing the limelight during his tenure as the top Democrat and chairman of the House Intelligence Committee.

"Just take a look at this creepy-looking lunatic who will do and say anything to smear, slander, besmirch Donald Trump and thrust himself, of course, into ... the limelight," Hannity said.

Hannity then went further, calling Schiff "not only a national embarrassment ... [but] a threat to our national security,

"And he was helped," Hannity said. "And literally, the mob and the media and his fellow Democrats are complicit and they were complicit every step of the way."