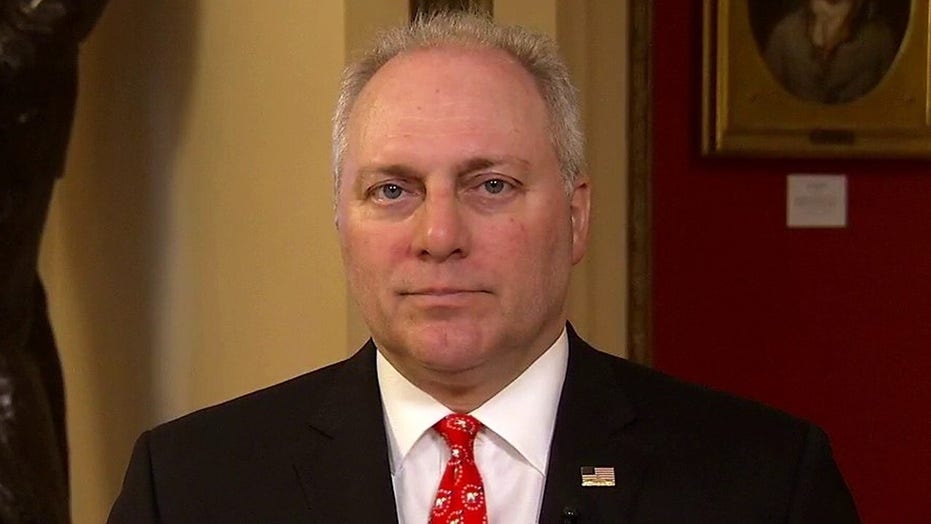 Scalise on coronavirus: We need to continue doing the people's business on Capitol Hill

Rep. Steve Scalise says proper precautions are being taken by lawmakers to limit exposure to coronavirus so Congress can continue to do its job.

House Minority Whip Steve Scalise said on Tuesday that Senate Minority leader Chuck Schumer needs to stop “hoping that bad thing will happen for the economy” during the coronavirus outbreak in order to blame President Trump.

“He’s concerned about making sure families are able to have a strong economy and we got a strong economy," Scalise said. "There are troubles right now that are related to the uncertainty with this outbreak and we need to continue making sure that [Centers for Disease Control and Prevention, Health and Human Services], all the federal agencies, have the tools they need to properly respond -- to test and to ultimately find a vaccine.”

Scalise’s comments came after a press conference by New York Democratic lawmaker Schumer and House Speaker Nancy Pelosi, D-Calif., in which they criticized Trump for being too focused on the economy amid a health crisis that has led several states to declare states of emergency. 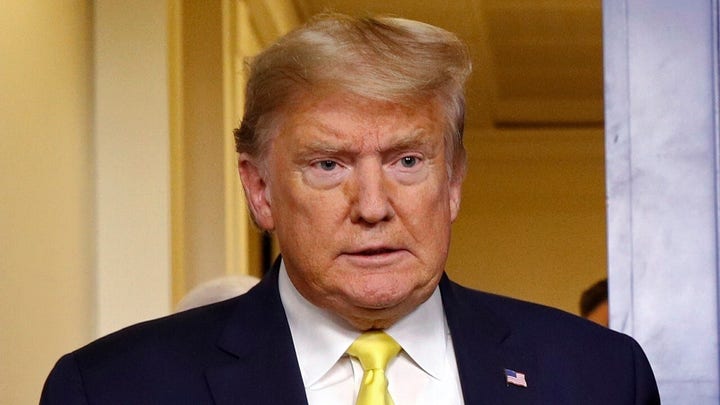 "I mean what was missing from the president’s talk is how he is actually going to deal with the spread of the coronavirus. That’s the bottom line," Schumer said. "Well, what’s he going to do? So far we’ve seen statements belittling the problem, contradictory statements, statements that don’t address the problem."

Schumer continued that line of attack against Trump in a statement released Monday evening: "It seems President Trump is more focused on the stock market than addressing this pandemic," he said.

Trump Monday night said that he would pitch a variety of economic measures aimed at helping the U.S. economy during the coronavirus threat — including a payroll tax cut, aid to small businesses and paid sick leave for hourly workers.

Scalise said that the Trump administration is doing the best they can with Vice President Mike Pence at the front of the coronavirus task force.

“They have to stop the political games that some of these folks are playing here on the Hill and focus more on doing their job and, frankly, there’s more left here to be done," said Scalise.