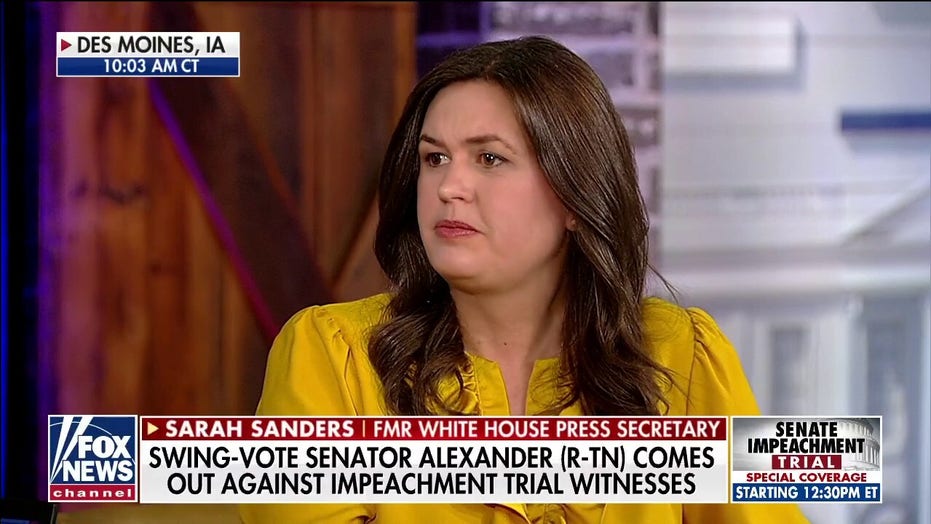 Sarah Sanders: Impeachment will go down as a historically 'dumb' move by Dems

As the Senate impeachment trial wraps up, former White House Press Secretary Sarah Sanders asserted Friday that not only will the House Democrats' impeachment push be regarded as one of the “dumbest political moves" in a long time, it will result in a "fully vindicated" President Trump delivering the State of the Union address next week.

“I’ll never begin to understand much of what [House Speaker] Nancy Pelosi does and this one is certainly mind-blowing for everyone. They forced [impeachment] down everyone throats -- said it was an emergency -- ‘we had to do it right now’ -- ‘this had to take place today’ and then they sat on it for nearly a month,” Sanders told “America’s Newsroom.”

“It is absolutely ridiculous and malpractice and I think it will go down as one of the dumbest political moves that we’ve seen in a long time.” 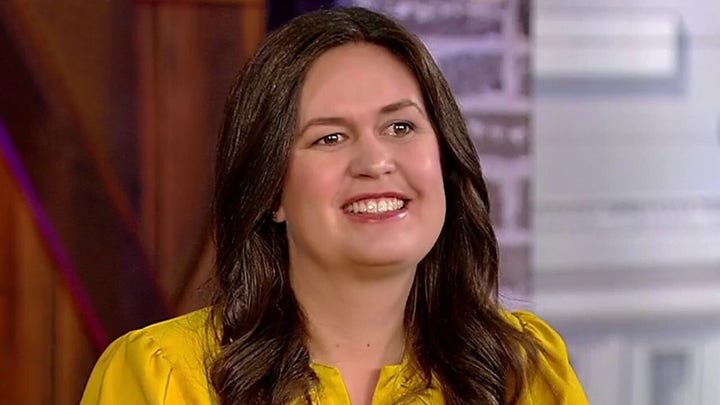 Sanders, a Fox News contributor, said America is ready to move on and that interest has completely “plummeted.” Sanders also highlighted that while the House Democrats were attempting to remove Trump from office, the president passed a key USMCA trade deal, and unveiled a Middle East peace plan.

“The economy is booming. America is doing better under this president and, I think, finishing [the impeachment trial] is a great lead-in to next week where the president will stand in front of Nancy Pelosi fully vindicated when he gives the State of the Union."