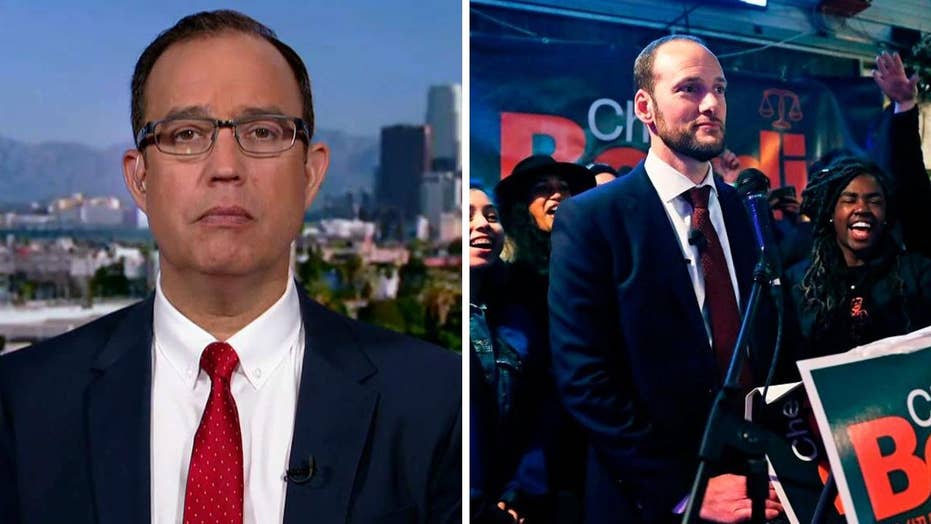 San Francisco's newly elected district attorney, Chesa Boudin, has pledged to not prosecute public urination and other quality-of-life crimes, including offering or soliciting sex. Tony Montoya, President of the San Francisco Police Officers Association, warns that as some of the most common crimes officers face, there is a cause for concern among law enforcement personnel, especially amid the homeless crisis facing the Bay Area.

In an exclusive interview with Fox News, San Francisco Police Officers Association President Tony Montoya said that a pledge by the city's newly-elected district attorney not to prosecute public urination and other quality-of-life crimes that have plagued the Bay Area should be "very concerning."

In response to an American Civil Liberties Union questionnaire reported by The San Francisco Chronicle last month, district attorney-elect Chesa Boudin said such crimes should not be prosecuted.

"We will not prosecute cases involving quality-of-life crimes," he said. "Crimes such as public camping, offering or soliciting sex, public urination, blocking a sidewalk, etc., should not and will not be prosecuted. Many of these crimes are still being prosecuted; we have a long way to go to decriminalize poverty and homelessness.”

Boudin's campaign did not immediately respond to a Fox News request Monday night for confirmation about the quality-of-life pledge.

Montoya also said that Boudin had essentially decriminalized prostitution "based on U.S. policy," noting that California has one of the highest rates for sex trafficking -- with San Francisco "being one of the hottest spots in the entire country." 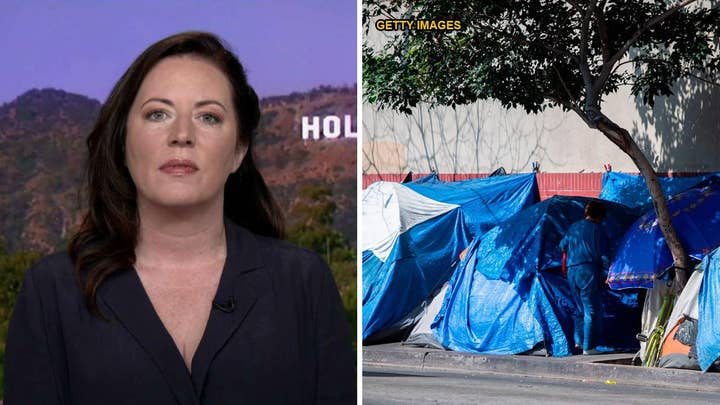 "You know, we're just going to be able to allow these predators to be able to prey on the most vulnerable women and children and force them into sexual slavery-type stuff," Montoya said, noting that other crimes associated with sex trafficking include drug trafficking, robbery, assault, and sexual assaults.

Montoya said the district attorney's new pledge would make officers' jobs harder and could "exasperate the situation they already have on hand."

"He's made it very clear that his policies are to not prosecute those type of things or hold people accountable for those [types] of activities," said Montoya.

It's a societal issue -- not a law enforcement issue.

California accounts for most of the country's homeless population. Despite throwing hundreds of millions of dollars at the problem, the number of homeless in Los Angeles County has risen for the third time in four years. The most recent count released in July by the Los Angeles Homeless Services Authority showed that nearly 60,000 homeless people have been living without permanent shelter on any given night. In the city of Los Angeles itself, the number of homeless jumped 16 percent in 2019 to about 36,000 while the number of chronically homeless – those who have been living on the streets for more than a year – rose 17 percent.

"You know, my members go out there every single day, put their lives on the line. You know, we interface with the homeless, mentally ill, [and] drug addicts every day," Montoya said. "We approach them with sympathy and compassion. But, for him [to] just blithely say he's not going to hold people accountable for their actions ... It goes against the basic tenets of a strong society."

However, Montoya says the hands of the police are "pretty much tied" by state politics and that unless the city is going to invest in proper resources, the problem is "not going to go away any time soon."

"There's not one department that's willing to take the lead on this," he said. "You know, the homeless crisis, it's a societal issue -- not a law enforcement issue."

Montoya said that Boudin needs to acknowledge that "we do have a problem," and by not doing so "it's just further making the problem worse as people sit there and suffer on our streets."