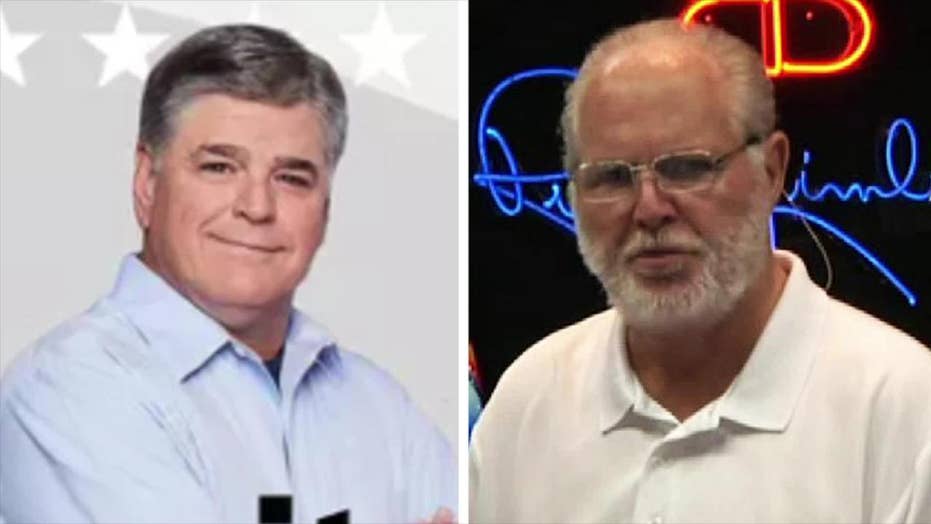 Sean Hannity praying for a speedy recovery for Rush Limbaugh

I haven’t felt much like working the last couple of days. Or like doing much else. See, Rush Limbaugh is a longtime friend of mine. Like all of Rush’s friends and tens of millions of other Americans, I’m reeling from the sudden diagnosis of advanced lung cancer.

Rush is an American original. It is said of some originals that, if you didn’t have them, you’d have to invent them. (Voltaire was talking about God when he said it; Don King, of course, about himself.) Yet no one could ever have invented Rush, because he was inconceivable.

L. BRENT BOZELL: RUSH LIMBAUGH IS OUR TRUE NORTH — WE LISTEN TO HIM TO UNDERSTAND THE WORLD

When he burst upon the national scene over three decades ago, popular political media was the preserve of the political left. The thought of anyone, much less an unabashed conservative, carrying a three-hour daily broadcast through monologues teeming with conviction and good cheer — with the occasional phone call but virtually no guests — was not just unheard of. It was not in the realm of perceived possibility.

It took talent on loan from God, for sure. But it mainly took a guy with supreme belief in himself. Belief that was well-founded because it sprang from a unique combination of life-experience, of getting off the floor when life knocks you down, and of a sense of destiny about doing what you’re born to do. Add to that Rush’s abiding faith in the innate goodness of America — of her traditions, love of liberty, willingness to sacrifice, and grasp that human flourishing means learning from our mistakes.

He needs that strength now.