Rush Limbaugh in his own words

A scholarship named after the late conservative talk radio icon Rush Limbaugh has been established to benefit families of fallen members of the police and U.S. military.

TMZ reported Thursday that the Marine Corps-Law Enforcement Foundation (MC-LEF) is launching the Rush Limbaugh Memorial "Giant of Philanthropy" Scholarship, which will award $35,000 to between 12 and 20 families who have lost loved ones in the line of duty.

According to TMZ, Limbaugh had donated roughly $3.5 million to the organization over the years.

TRIBUTES POUR IN FOR CONSERVATIVE 'LEGEND' RUSH LIMBAUGH: 'A HERO FOR THIS COUNTRY'

Boulhosa told Fox News, "We are very humbled to offer this scholarship in honor of Rush’s loyal support of our mission.  Rush Limbaugh was an integral part of our success.  He celebrated the ideal that our charity works tirelessly to ensure all donations are used to execute our mission.  Since 1995, we have awarded in excess of $82 million in scholarships and humanitarian aid. Mr. Limbaugh helped many of our families over the years.  His legacy of philanthropy will live on."

TMZ also reported the Limbaugh was "critical in its first 32 scholarships following the Oklahoma City bombing. Last year the org doled out 169 scholarships to more than 100 families." 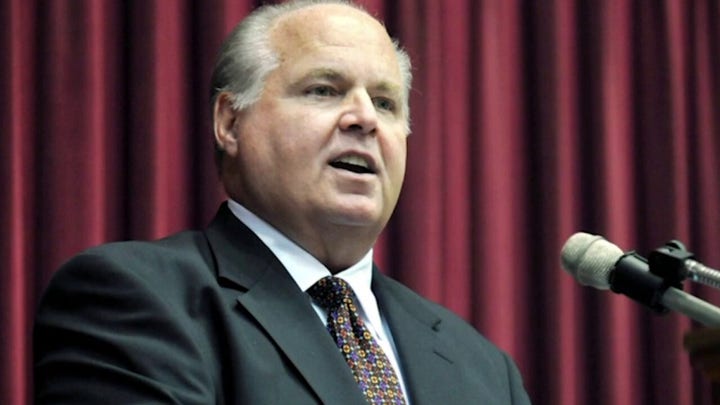 Limbaugh passed away on Wednesday at the age of 70 following a battle with lung cancer. His wife, Kathryn, made the announcement of his death on his radio show.

The conservative icon learned he had Stage IV lung cancer in January 2020 and was awarded the Presidential Medal of Freedom by President Donald Trump at the State of the Union address days later. First lady Melania Trump presented America’s highest civilian honor to Limbaugh in the House viewing gallery.

"Rush Limbaugh: Thank you for your decades of tireless devotion to our country," President Trump said during the address.

Limbaugh is considered one of the most influential media figures in American history and has played a consequential role in conservative politics since "The Rush Limbaugh Show" began in 1988. Perched behind his Golden EIB (Excellence in Broadcasting) Microphone, Limbaugh spent over three decades as arguably both the most beloved and polarizing person in American media.