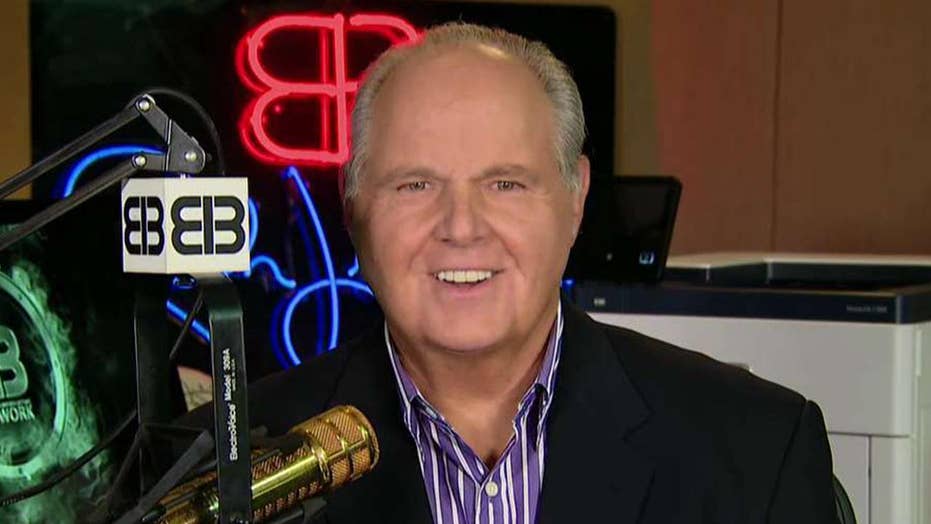 Radio show host Rush Limbaugh reacts to the field of Democratic presidential candidates and their policies on 'Hannity.'

"I really think that the model for what’s gonna happen this week is the Kavanaugh hearings. I mean, if you recall, here comes Christine Blasey Ford, she has her charge, and what were we told? She didn’t want to come forward," Limbaugh said on his radio show. "Then, it didn’t have the impact they wanted, so here came Avenatti."

The Kavanaugh confirmation process was embroiled by last-minute accusations of sexual assault by Christine Blasey Ford, a college professor from California who said Kavanaugh once drunkenly pinned her to a bed at a gathering and tried to remove her clothes, and Deborah Ramirez, a Yale classmate of Kavanaugh who said the future judge put his genitals in her face while inebriated at a dorm party. Kavanaugh denied the allegations.

Attorney Michael Avenatti's client, Julie Swetnick, later came out as a third high-profile accuser. Swetnick claimed she was drugged and gang-raped at a house party in suburban Maryland around 1982, when Kavanaugh and his friend Mark Judge were present. She also said she had seen Kavanaugh waiting outside a room for a "turn" with an intoxicated girl on another occasion and that he was "verbally abusive toward girls."

Swetnick's allegations, amplified by Avenatti during numerous cable-television appearances, helped undermine the credibility of other accusations against Kavanaugh in the minds of many Republicans once Swetnick started to backtrack on some claims.

"It was a never-ending parade for about a week and a half. As every person they brought forth to try to destroy Kavanaugh failed, there was another one waiting in the wings," Limbaugh said. "I will guarantee you that it is the same strategery they’re gonna employ here this week, getting started with public impeachment hearings."

"One of the biggest mistakes that they’re making is moving too fast," Limbaugh added. "Impeachment, real impeachment is a much more serious thing than the 'slam bam thank you, ma'am,' thing that they're trying to run here."