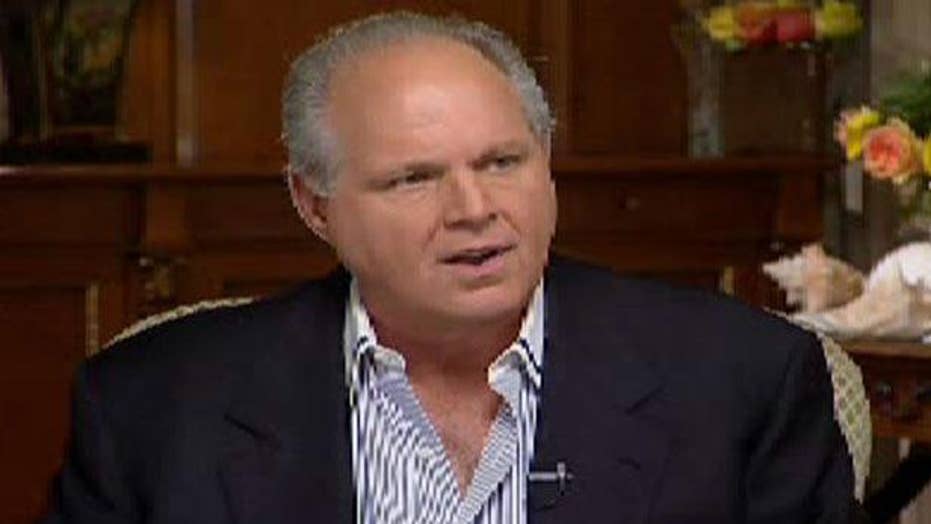 Limbaugh: It's about time somebody pushed back against the human misery caused by Democrat leadership

Sales of Rush Limbaugh's "Betsy Ross" flag T-shirt have skyrocketed -- enough for a $3 million donation of proceeds to the non-profit Tunnel to Towers Foundation, the radio host announced Monday on "Fox & Friends."

Limbaugh debuted the shirt earlier this month on the show, saying he wanted to give people a way to push back against Colin Kaepernick after the ex-NFL quarterback objected to Nike releasing sneakers featuring the Betsy Ross. Kaepernick reportedly argued the flag was a symbol of slavery in America.

The proceeds from the $27 shirts are going to benefit Tunnel to Towers, a non-profit that was started after 9/11 supporting the families of fallen heroes and injured veterans.

RUSH LIMBAUGH UNVEILS BETSY ROSS SHIRT IN RESPONSE TO KAEPERNICK, NIKE: 'THIS IS NOT THE LAND OF GRIEVANCE' 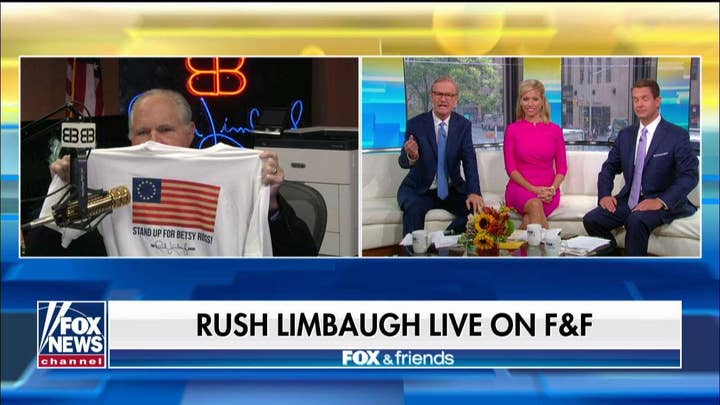 “Three million dollars to a charity on a 27-dollar item. I really have to thank all of you at Fox for helping us with this. This has been overwhelming. If this money were going to some left-wing charity, the drive-by media would be all over this,” Limbaugh told the hosts.

He said the success of the effort has spawned many "knock-offs" to surface online, forcing him to take possible legal action.

Frank Siller, who started Tunnel to Towers in memory of his brother - a New York firefighter who lost his life on 9/11 - said last week that he was "beyond words" over the shirt sales.

The new funds enabled the foundation to immediately pay off the mortgages of six more heroes, Siller said. Among the recipients was the family of Ohio police officer Steve Disario, whose wife was expecting their seventh child when he was killed in the line of duty in 2017.