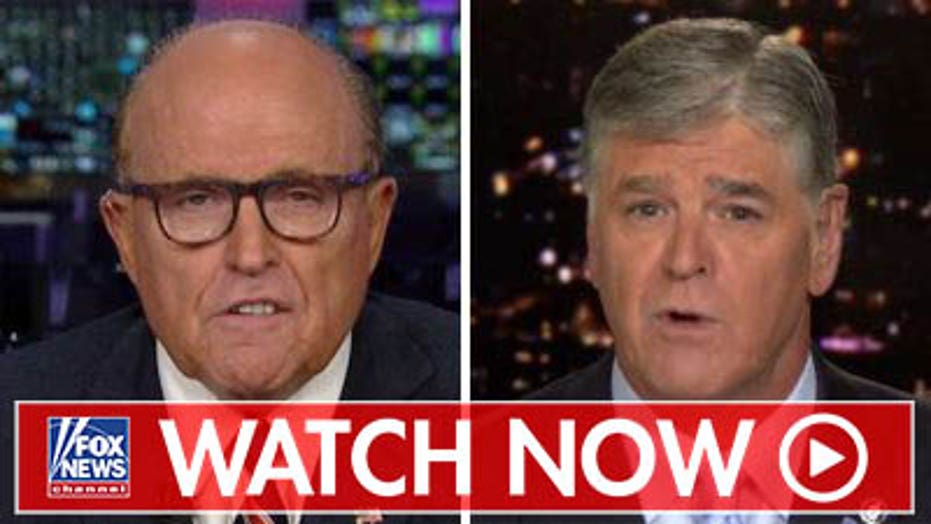 President Trump's attorney Rudy Giuliani claimed Wednesday he did not go seeking information about former Vice President Joe Biden during his own investigation into Ukraine on behalf of the president.

Instead, Giuliani said Wednesday on "Hannity," the probe was sparked by unsolicited documents, some of which he also provided to Fox News.

"All of this was done while the Mueller investigation was still pending, while I was seeking -- in the best tradition of being a lawyer, a defense lawyer -- to vindicate my client," he said.

"This information was given to me, I didn't go looking for Joe Biden. The Ukrainians brought me substantial evidence of Ukrainian collusion with Hillary Clinton, the DNC, George Soros, George Soros' company. They put it in my lap. They came and gave me testimony. I wrote it out [and] had a professional investigator make FBI-302s of it."

"This information was given to me, I didn't go looking for Joe Biden. The Ukrainians brought me substantial evidence of Ukrainian collusion with Hillary Clinton, the DNC, George Soros, George Soros' company -- they put it in my lap."

Much of Giuliani's work was done in late 2018 and early 2019, before then-Special Counsel Robert Mueller concluded his Russia investigation, the former mayor of New York City said.

"The big announcement yesterday was that the [inspector general] and State Department was going to go over and give all these secret documents to the committee and the committee was sitting there figuring out how they could do impeachment based on nothing," he said.

"And, what they got shoved down their throats is a complete, total, absolutely terrific prosecutorial outline of why Joe Biden is so guilty -- it's a joke." 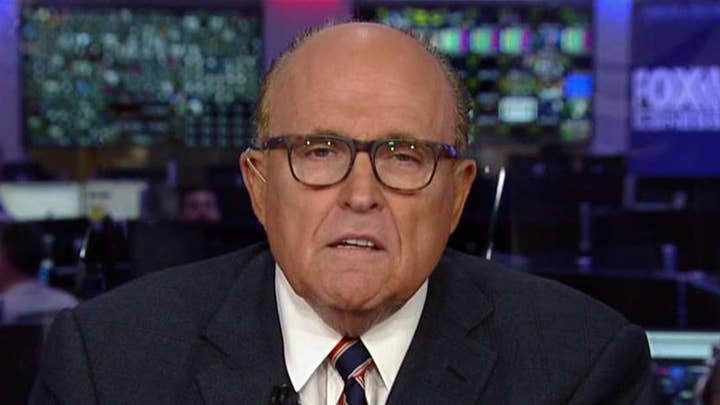 Giuliani claimed his actions related to Ukraine were opposite to what the whistleblower at the center of the Trump impeachment inquiry did.

As Fox News previously reported, the fired prosecutor at the center of the Ukraine controversy said during a private interview with Giuliani earlier this year that he was told to back off an investigation involving a natural gas firm that was linked to Biden’s son, according to details of that interview that were handed over to Congress by the State Department’s inspector general.

Fox News obtained a copy of Giuliani’s notes from his January 2019 interview with fired Ukrainian prosecutor Viktor Shokin in which he claimed that his “investigations stopped out of fear of the United States.”