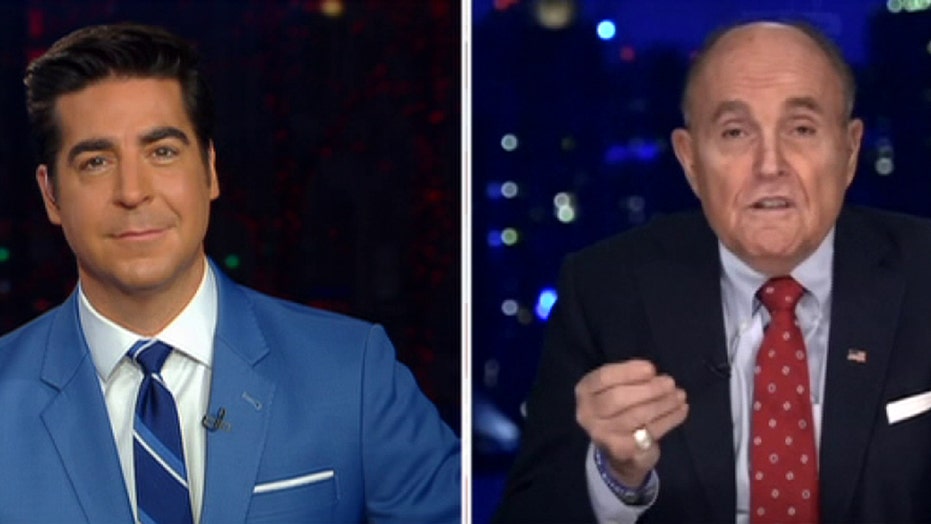 "The man has something wrong with him and it’s serious," Giuliani said about the elder Biden during an appearance on Fox News' "Watters' World."

"His family has been stealing for 30 years. There are at least eight cases in which the family made hundred, thousands and millions off selling his public office," claimed Giuliani, a former mayor of New York City who now serves as a personal attorney to President Trump.

ROMNEY COULD BLOCK REPUBLICAN SUBPOENA TRY AIMED AT THE BIDENS

Giuliani's latest accusations against the Bidens came as Reuters reported that Republicans on the Senate Homeland Security and Governmental Affairs Committee were preparing a subpoena aimed at gathering information on a former Ukrainian diplomat with ties to the consulting firm Blue Star Strategies.

The company allegedly used Hunter Biden to gain access to the U.S. State Department while his father was vice president.

The Bidens have denied any wrongdoing.

Giuliani brought up the possibility that Joe Biden was unaware of any alleged corruption by Hunter.

"Any father would want to know how, right? And since Daddy took him to China to make $1.5 billion of it," Giuliani said, adding that the former vice president -- who is now a leading contender for the 2020 Democratic presidential nomination -- is perceived as "soft" on China.

Watters pressed Giuliani on the notion that Biden perhaps didn't know his son -- and possibly his brother, James Biden -- was involved in corruption, saying it could add to speculation regarding the elder Biden's mental faculties.

"If he really doesn’t know that [James Biden and Hunter Biden] were selling him out for 20 years and became multimillionaires, then he belongs somewhere else," Giuliani said. "Not in the White House."

Giuliani also did not mince words in describing the Bidens, calling them part of an "ongoing criminal enterprise."