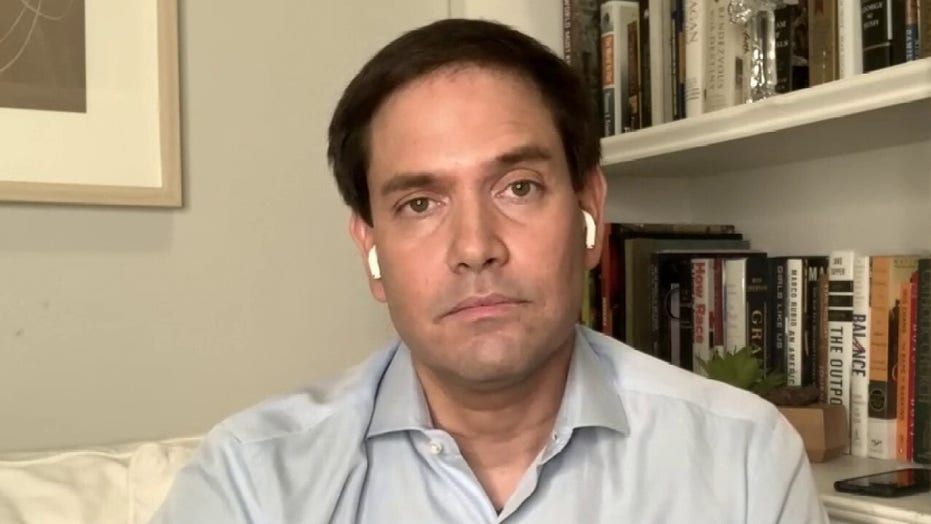 Senate Foreign Relations Committee member Marco Rubio, R-Fla., told "Special Report" Thursday that forcing China to pay compensation for its role in the coronavirus pandemic would be "difficult to enforce," but added that the rest of the world is reevaluating their relationship with the Communist country.

"I think the notion that we can force them to pay money is a difficult one to enforce," Rubio said. "But I have no doubt in my mind that the entire world, irrespective of what they're saying publicly, are going to be reevaluating their relationship with China."

Rubio added that he believes that if China had acted properly at the start of the outbreak, the virus would have been a regional issue.

"If China had acted appropriately three weeks earlier than they did, this could very well have been contained in China geographically. Instead, not only did they lie about it. Not only did they tell doctors who knew about it not to talk about it, including one who lost his life," Rubio said. "But they also bully countries. They pressured countries into leaving flights open and ... that allowed it to spread around the world."

"And I think there will be consequences diplomatically, economically and beyond," Rubio continued.

The senator also called to incentivize the return of important industries and supply chains to the United States or U.S. allies in order to regain leverage during times of crisis.

"I do think that we need, at a minimum, to do what we can to incentivize the return of some of those industries to the United States," Rubio said. "And if not for the U.S., then to nations who are your allies and partnered with to ensure that at a time of crisis that we don't have a Chinese Communist Party threatening or acting on cutting us off of something we need to defend ourselves."