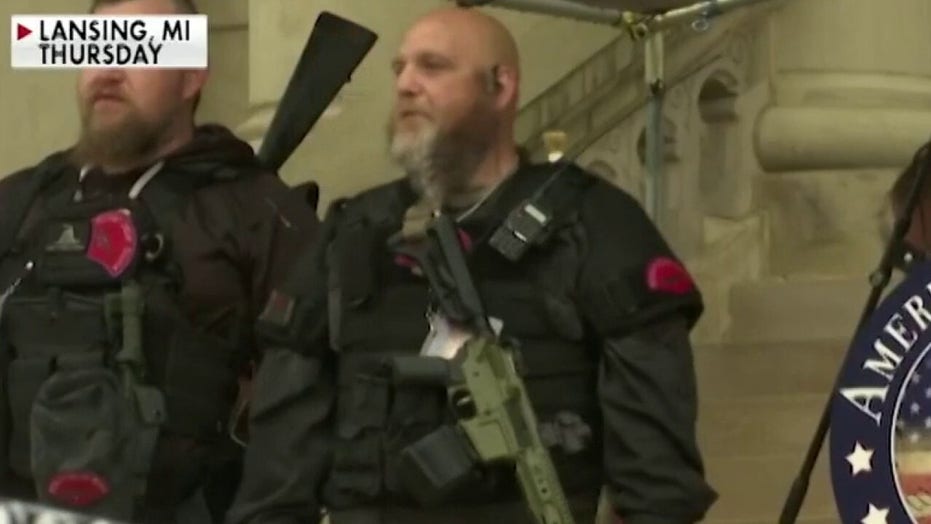 “I just want to point out the hypocrisy of this group, right?" Gallego said on Monday's episode of "The Dean Obeidallah Show" on SiriusXM Progress

"These are the same a--holes, basically, who are always talking about ‘Blue Lives Matter’ and respect authority. And they're the ones that are always b------g about [Colin] Kaepernick ... kneeling for the national anthem. And then they show up and try to intimidate government employees, police officers, with their weapons.”

"At the end of the day, it’s ‘Blue Lives Matter’ only if it’s aligned with your political view," Gallego went on. "When it’s not, then I guess it’s okay for you to be an a--hole to cops like these guys.”

Gun-carrying protesters have been a common sight at some demonstrations calling for coronavirus-induced restrictions to be lifted. But an armed militia’s involvement in an angry protest inside the Michigan State Capitol on Thursday marked an escalation that drew condemnation and shone a spotlight on the practice of bringing weapons to protest.

The “American Patriot Rally” started on the statehouse steps, where members of the Michigan Liberty Militia stood guard with weapons and tactical gear, their faces partially covered. They later moved inside the Capitol along with several hundred protesters, who demanded to be let onto the House floor, which is prohibited. Some protesters with guns — which are allowed in the statehouse — went to the Senate gallery, where a senator said some armed men shouted at her, and some senators wore bulletproof vests.