There is a stark contrast between the way the media is covering allegations of sexual assault against 2020 likely presidential candidate Joe Biden and those of Supreme Court Associate Justice Brett Kavanaugh, RNC Chairwoman Ronna McDaniel stated Wednesday.

Appearing on "America's Newsroom" with host Ed Henry, McDaniel said she believes outlets should "at least ask the question."

"He has had six interviews on NBC. They haven't asked the question. It is a total contrast to how the Republicans are treated versus Joe Biden," McDaniel pointed out. "And, yes, he is running a scripted campaign from his basement, but it doesn't take away the seriousness of the allegations and actually how differently he is being treated versus how Brett Kavanaugh was treated."

"I think it is truly hypocritical," she remarked.

"What is clear about this claim: it is untrue. This absolutely did not happen," Biden's Deputy Campaign Manager and Communications Director Kate Bedingfield asserted.

In a statement, Reade told Fox News that, “ ... It’s shocking that this much time has passed and that he is an actual nominee for president and they’re not asking the questions ... If this were Donald Trump, would they treat it the same way? If this were Brett Kavanaugh did they treat it the same way? In other words, it’s politics and political agenda playing a role in objective reporting and asking the question.” 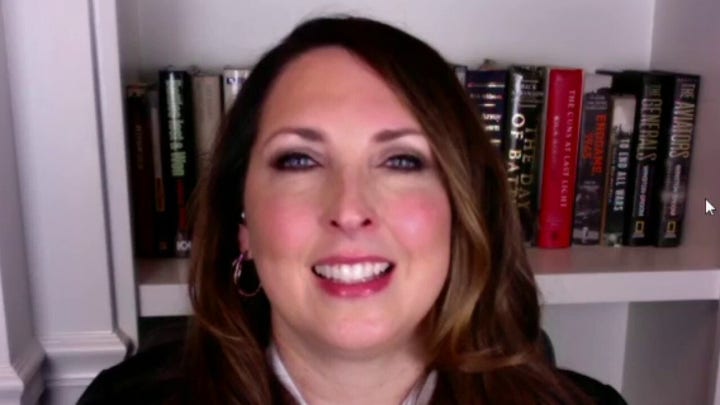 "I mean, you can pull up the clips of Democrats during Brett [Kavanaugh's] hearings. They ran with a 'guilty-before-being-proven-innocent strategy' and it's not what our country is for," McDaniel told Henry.

"I am for due process. I believe in that strongly. But, at least this should be heard and vetted and Joe Biden should have to answer for it," she added.

"And, it is really wrong to see what happened to Brett Kavanaugh versus the Democrats' radio silence on Joe Biden," McDaniel concluded.