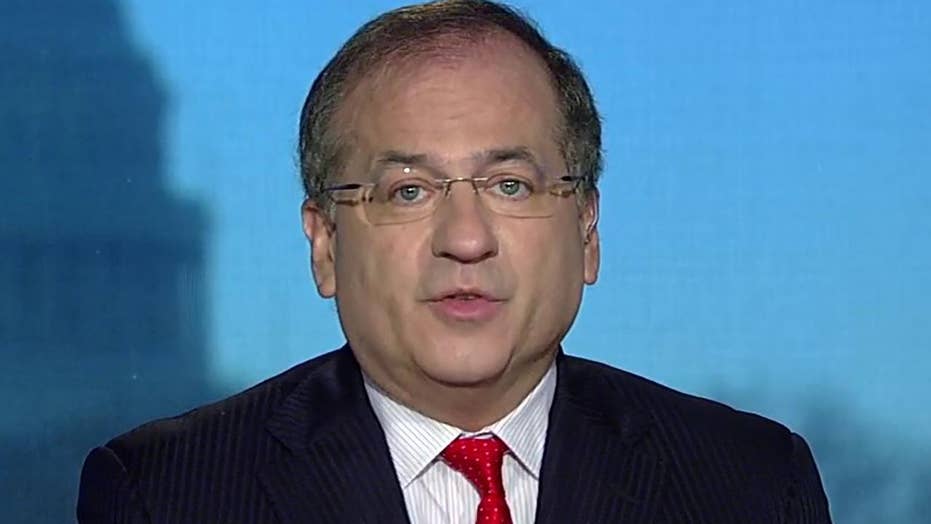 Trump defense team reacts to criticism from Democrats, media on day one of impeachment trial

Robert Ray, counsel to President Trump for the Senate impeachment trial, reacts on 'America's Newsroom' to stinging criticism made by Democrat prosecutors and the media on the first day of proceedings.

“The principle guardrail with regard to the exercise of presidential power is called an election and, guess what? We have one just nine months away,” Ray told “America’s Newsroom.”

“I disagree with the foundational premise of that editorial,” Ray added.

The opinion piece claimed, “Mr. Trump’s defense is designed to destroy those guardrails. If Republican senators go along with it, they will not only be excusing behavior that many of them believe to be improper. They will be enabling further assaults by Mr. Trump on the foundations of American democracy.” 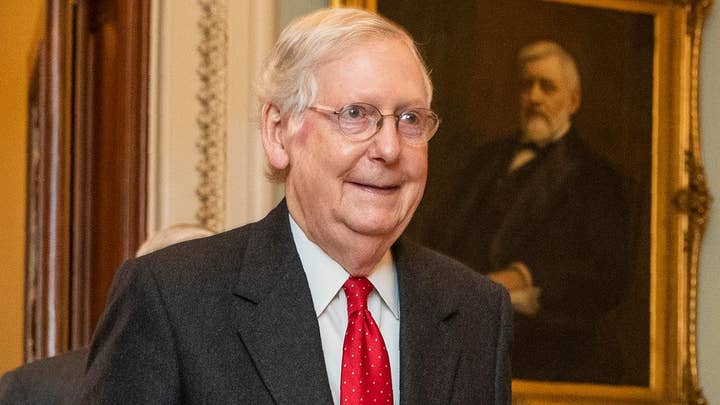 "The defense brief they filed Monday argues that the president “did absolutely nothing wrong” when he pressed Ukrainian President Volodymyr Zelensky to launch investigations of Joe Biden and a Russian-promoted conspiracy theory about the 2016 election. It further contends that Mr. Trump was entirely within his rights when he refused all cooperation with the House impeachment inquiry, including rejecting subpoenas for testimony and documents. It says he cannot be impeached because he violated no law," the editorial board argued.

"By asking senators to ratify those positions, Mr. Trump and his lawyers are, in effect, seeking consent for an extraordinary expansion of his powers."

Ray said the defense team contends that the House "jumped the gun" on sending articles of impeachment to the Senate, not allowing a court to rule on whether the White House can assert executive privilege to block testimony by officials, such as former National Security Adviser John Bolton.

“Now they're seeking, essentially, to turn that around on the president by charging him with obstruction of Congress when the president did what he's lawfully entitled to do," said Ray.

Meanwhile, Trump slammed the House impeachment managers prosecuting the case against him as “sleazebags” during an impromptu press conference at the World Economic Forum in Davos, Switzerland on Wednesday -- while saying he'd "love" to attend his ongoing Senate trial back home.

In the hastily called press event, before Trump was to return to Washington, the president delivered an unsparing assessment of impeachment proceedings, which moved into full swing a day earlier and will resume later Wednesday with opening arguments.