Florida Sen. Rick Scott says the American public needs answers to a lot of unanswered questions regarding the FBI's raid of Mar-a-Lago on "The Ingraham Angle."

Sen. Rick Scott, R-Fla., weighed in on Attorney General Merrick Garland's role in the FBI raid on Mar-a-Lago on "The Ingraham Angle."

RICK SCOTT: I'll tell you what. If Christopher Wray and Attorney General Garland, if they want to have a reputation when they finish these jobs … both of them have said, alright, because I've talked to both of them.

They believe in Congress' right of oversight. If they believe in Congress' right of oversight, they should be able to give us all the information. If they want to give it to me in a classified setting, they can do that. But the American public needs to have a much better understanding of why they did this, what information did they have, why the judge made the decision. There's a lot of unanswered questions here, and they're hurting themselves, and they're hurting this great country. 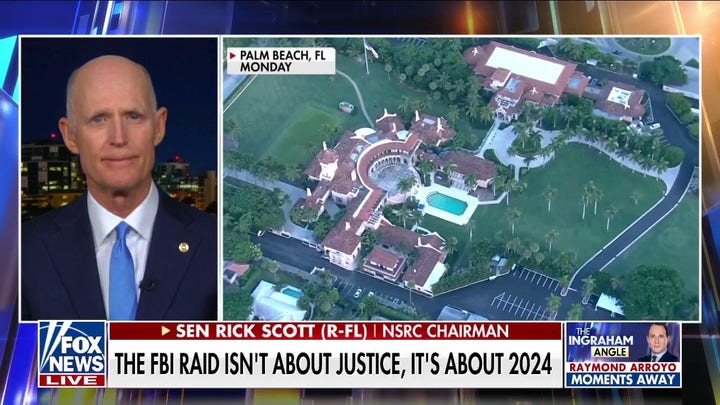