Republican challenger for Ocasio-Cortez's congressional seat drops out of race

Scherie Murray, one of the Republican candidates challenging New York Rep. Alexandria Ocasio-Cortez, dropped out of the primary race, saying Gov. Andrew Cuomo’s “draconian” lockdown orders during the coronavirus pandemic prevented her from being able to campaign.

“It’s unfortunate, but what we’ve learned is the governor’s selective executive orders have really put a wrench into my campaign,” Murray told “Fox & Friends First” on Thursday.

“He had the choice to change the election in ways for which it could have been a more democratic process, but instead he chose to leave portions of the designating nominating petition process open to challenges and unfortunately I succumbed to challenges from my opponent and the local establishment.”

The governor's office said New York's original nursing home policy was in line with a March 13 directive from the Trump Administration's Centers for Medicare & Medicaid Services (CMS) and Centers for Disease Control and Prevention (CDC) that went out to all states on how to control infections in nursing homes. The guidance says "nursing homes should admit any individuals that they would normally admit to their facility, including individuals from hospitals where a case of COVID-19 was/is present." 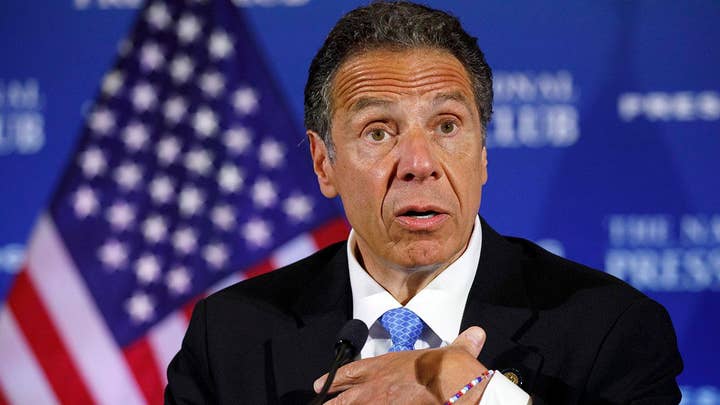 “The governor’s draconian, heavy-handed, ill-advised executive orders not only killed our most vulnerable population, but it also killed our opportunity to ballot and it really infringed upon my First Amendment rights,” Murray said.

Host Todd Piro pointed out that Cuomo had issued 11 executive orders since March 12.

He then noted that “critics would say other candidates were able to deal with those executive orders and remain on the ballot” and asked her how she would respond to the critics.

“To add insult to injury we sourced a vendor who we tasked in good faith to collect qualifying petition signatures and according to the overarching entity, the New York City Board of Elections, unfortunately that vendor violated New York state election laws so it was a double whammy for the campaign with the governor’s executive order,” Murray said.

“Had he not selectively changed portions of that petition process perhaps we could have prevailed,” she continued, adding that “it’s a tough pill to swallow.”

New York’s primary election is on June 23. Murray was up against a retired police officer John Cummings for the Republican spot. Ocasio-Cortez is facing several Democratic primary challengers, including from former CNBC host Michelle Caruso-Cabrera.