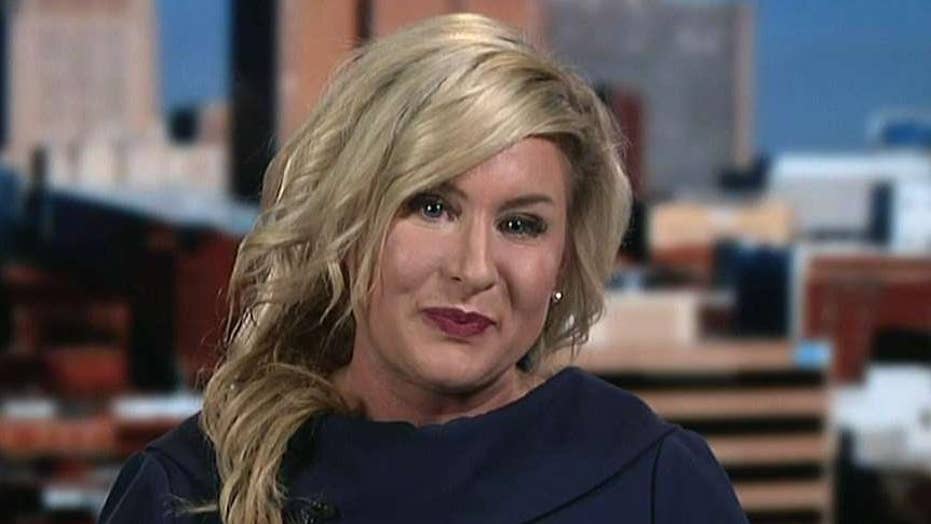 Republican congressional candidate Sara Hart Weir on Monday called last week's tweets attacking her appearance "sexist," and said the focus of a political campaign should be solely about "policy and leadership."

WHO IS SHARICE DAVIDS?

Progressive political activist Elizabeth Arnold was quick to enter the fray, claiming it was Weir's looks that propelled her to run for the seat.

"Do you think it's a coincidence Kansas Republicans are recruiting attractive young women to run for office? They learned it works in local and state school board races and #ksleg races, so they're sticking with a winning strategy," Arnold wrote on Twitter.

"They're insidious b/c they deploy a facade of feminism to lend a veneer of acceptability to the GOP's racism, corruption, & antisocial policies," Arnold wrote.

"This isn't a beauty pageant, Weir said. "The election will come down to policy and leadership."

Asked whether she felt the Democrats had a double standard, Weir, former CEO of the National Down Syndrome Society, said she hopes people will stop focusing on appearances.

"It's just unfortunate that this woman felt that it was okay to go after my appearance and not focus on the issues, the substance, and my track record of getting things done," Weir said.

"On day two of my campaign, to have Ms. Arnold (a former political candidate and now political consultant), demean my life experiences, achievements and track record of getting things done based solely on my appearance (and being a GOP woman) is sexist, uncalled for and insulting to women everywhere," Weir wrote in a statement provided to Townhall.

"The November 2020 election in KS-3, Sharice Davids v. Sara Hart Weir, will come down to two things - who is better on the issues and who can lead.”