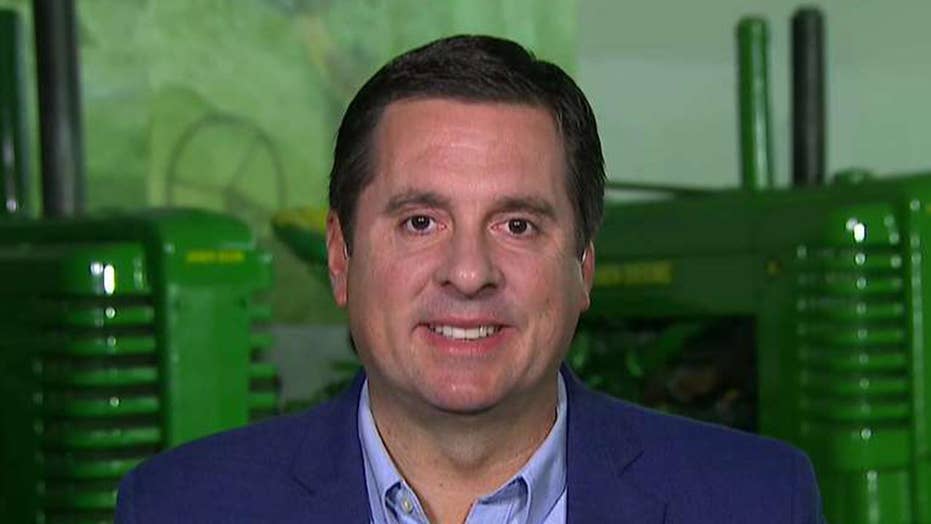 Whistleblower's attorney says they can answer written questions from Republicans

"As far as I'm concerned, the inspector general of the intelligence agencies is obstructing our investigation, which I think is a crime. It is not OK for only one party to know about the whistleblower," Nunes, R-Calif., told Tucker Carlson. "Furthermore, the Democrats on the committee and their staff who seem to know the whistleblower, they also won't won't tell us."

DEMOCRATS 'DONT HAVE THE BIG THING YET' IN TRUMP IMPEACHMENT INQUIRY, KENNEDY SAYS

Paul suggested that Democrats drop a resolution underscoring the importance of protecting whistleblowers and instead pass whistleblower legislation that he introduced earlier that day. Democrats did not oblige, so he objected to their bill.

The senator said that his legislation would “make clear” that President Trump should be able to face the whistleblower whose allegations about a July 25 phone call with Ukraine's leader provided the underpinning for a House impeachment inquiry.

Nunes argued that whatever the whistleblower said was "hearsay" unless that person is named.

"But what the lawyers tell me is, is that this would not be admissible in court. You cannot take hearsay from a supposed somebody who we've never met," Nunes said. "We just can't take the word of some lawyer and the I.G. and the Democrats on the committee. This person has to have a name. They have to actually exist for this to be considered real evidence and an investigation."

Nunes refused to name who he believed the whistleblower is but said that person is likely "an extreme partisan with lots of problems with their story."

"That's why the whistleblower is not coming forward," Nunes said.

"You have to allow the whistleblowers, whoever that may be, to come to both parties," Nunes added. "And if you're not doing that, there is something wrong."