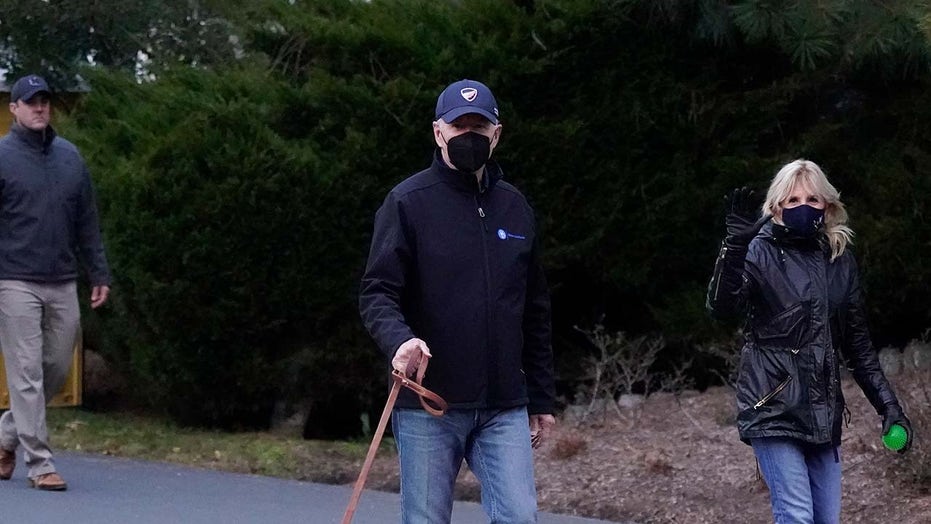 On today's episode, Brian Brenberg is 'Outnumbered' as President Biden’s poll numbers falls below VP Kamala Harris’. Plus, public health officials face criticism over their response to protests during the pandemic.

Rep. Byron Donalds, R-Fla., appeared on NBC’s "Meet the Press" to discuss the subject of critical race theory in schools.

Critical race theory (CRT) became a serious political topic in 2021 as parents continue to appear at school board meetings to criticize its teaching to their children. Throughout the country, several states have since taken steps to remove CRT or CRT-adjacent topics in classrooms.

Host Chuck Todd opened the segment appearing to criticize these laws, suggesting that they would prevent teachers in Oklahoma from teaching "why" the Tulsa Massacre occurred.

"It’s only because of the diligent work of historians that we even know that the public even has access to this information, much less that there was an epidemic of tides of these kinds of racial violence in the period following World War I into the 1920s. This wasn’t an uncommon phenomenon. We don’t know that and we don’t teach that and we don’t talk about that. And so what the practical effect of these laws is that people will not be able to understand and will not be able to appreciate exactly how these problems arose and therefore will be poorly equipped to confront them or prevent them from rising again in the future," Cobb explained.

Donalds argued against this assumption, saying that while he agrees that history should be taught, the concerning issue is a racial lens being introduced to children.

"The issue with critical race theory is that it is a subjective view of American history and American law using race as the lens to focus. And when you bring subjectivity into the classroom, that is what has parents upset. That is what leads unfortunately to children being divided in certain class segments based upon race. That has happened in some schools across our country, not all, but when you have something like that occur, that is when parents step up and they oppose it," Donalds explained.

Cobb argued back "I happen to be a historian, and historians don’t really believe there is such a thing as objective history. What we do is recognize that we have a perspective that we’re all subjective. What we try to do is despite those subjectivities is follow what the evidence suggests most stringently."

"There is no teaching of critical race theory in our schools," he added.

An even mix of proponents and opponents to teaching Critical Race Theory are in attendance as the Placentia Yorba Linda School Board in Orange County, California, discusses a proposed resolution to ban it from being taught in schools. (Robert Gauthier/Los Angeles Times via Getty Images)

"That’s not true at all," Donalds fired back. "The number one thing that’s happened with CRT ending up in classrooms is not an actual course. It is through the diversity, equity, inclusion seminar that teachers take. It’s through what happens in classroom material, in textbook material, in library material. And all these things actually bring the subjective view not of our history but that subject is being brought to children today, how they view each other, how they view themselves. That’s something we have to be very, very careful about. That’s what parents are very, very careful of."

Brenda Sheridan, who serves as a member of the Loudoun County School Board in Virginia, also claimed, "We’re not teaching critical race theory" but added that they are "teaching students about their biases."

"It’s not in our curriculum, because that would be inappropriate. It is a graduate level theory, and it would be inappropriate if a fifth-grader was doing that and learning that in school," Sheridan said. "And it’s been manipulated to replace what is really equity initiatives and teaching students about their biases and teachers about their biases. And that’s what leads to discipline disproportionality and students being treated differently just based on their skin color or perhaps poverty."

Loudoun County has faced heavy scrutiny over the past year after several scandals emerged from Virginia schools.

"What we’re really teaching students is compassion and empathy for the other students’ experiences. It can’t be objective. We’re experiencing it subjectively," Sheridan said.

"My view is that the parents are coming to school boards all over the country whether it’s a red state or a blue state or a red district or a blue district," Donalds concluded. "They’re legitimately concerned that their children are not just being taught history, but they’re being taught about biases that they may or may not have based upon the color of their skin. And with young kids in America today they should be looking at each other and viewing each other as equals understanding our history. I think that’s what everybody wants."

Florida was also one of several states that introduced legislation to make the teaching of CRT in classrooms illegal.